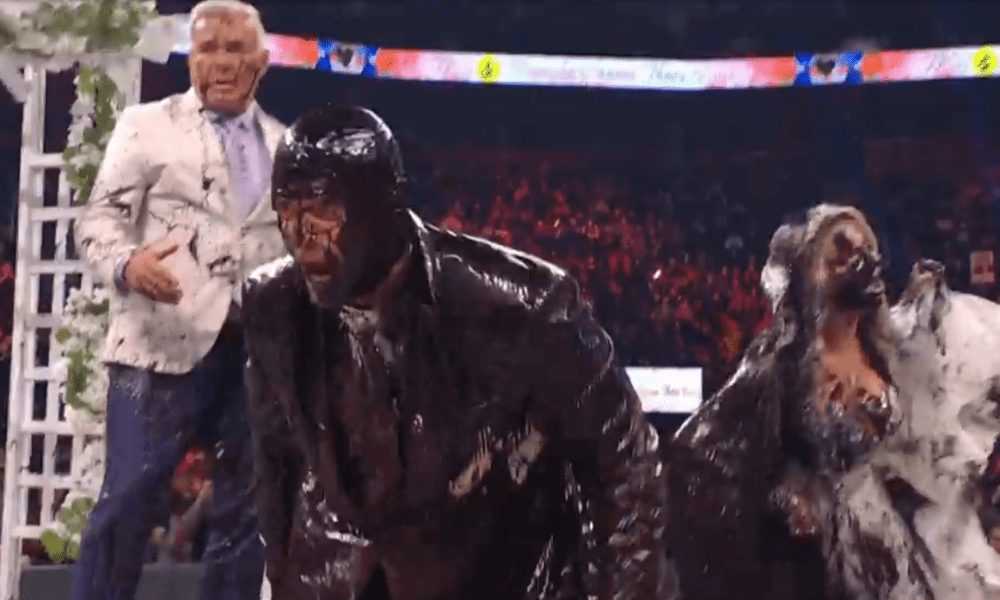 In the last podcast of «83 Semanas». Eric Bischoff spoke about Konnan’s career in the wrestling business.

Bischoff also spoke about her recent appearance on Monday Night Raw in the wedding vow renewal segment that featured The Miz, Maryse, and Edge. Bischoff said he and his wife traveled to Florida for the holidays when he got the call to be on Raw.

He said: “We finally went in and settled in, and I got a call from Bruce Prichard. He said, ‘Hi, Eric. So, do you think you can do TV Monday? This was Thursday afternoon. I said, ‘Well, first of all, where is it because I’m in Florida?’ If it was a trip to the west coast, I couldn’t have done it. He said, ‘It’s in Detroit, your hometown. I said, ‘Okay, I can do that.

Bischoff recalled that Bruce Prichard told him he needed a light-colored suit because he was going to be trashed in the vow renewal segment. Bischoff continued, “He said, ‘Well, why don’t you buy yourself a really light pastel suit and hope they throw it away? There is going to be a wedding. That’s all he told me, no details, without whom, nothing. I got there, and the funny thing is, I didn’t even know Bruce wasn’t going to be on TV until four in the afternoon. I had fun. I got to hang out with Edge. We had a great conversation. Kevin Owens, I like Kevin. We keep in touch through social media. I had a lot of fun doing it. I’ve never done anything in the ring, not even a promotion with Miz before. I have never worked with him in any way, shape or form. I worked with him on this, him and his wife Maryse. They are very, very good. When you have the opportunity to work with someone who is as good as Miz and Maryse, she is also very good, she is a lot of fun and it shows a lot. There is a big difference between someone who is absolutely on top of their game when it comes to dialogue and performing on that kind of stage in front of someone who is not that familiar with it or who hasn’t done much. There is a reason that Miz has been there as long as he is at his level because he is very, very good as a performer. It was fun working with him. “

If you use any part of the citations in this article, please credit 83 weeks with Eric Bischoff with ah / ta WrestlingNews.co for the transcript