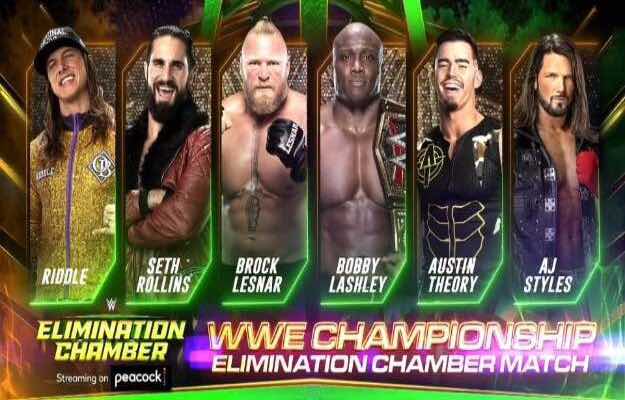 In the weeks prior to its celebration, Elimination Chamber occupies an important place among WWE news. This time for the forecasts in terms of bets.

This is the last stop before the great event of Wrestlemania. Elimination Chamber will be held on February 19 at the Jeddah Superdome in Saudi Arabia. That is why, on the occasion of the fights that have been announced so far, the forecasts of the fights that will take place are announced.

To properly understand how the betting system works in the United States, it should be noted that the lower the number, the more favorite the fighter is to win the match. On the contrary, the higher the number, it means that the competitor’s chances are smaller. Below are the forecasts according to the BetOnline portal:

Mixed results in the forecasts of the event

At the moment, the forecasts for the Raw women’s elimination chamber that will determine the challenger to the Raw women’s championship at Wrestlemania are unknown. On the other hand, according to these forecasts, Bobby Lashley would be the favorite to reach Wrestlemania as WWE champion to the detriment of Brock Lesnar, who would be left without reconquering the title after falling to Lashley at the Royal Rumble.