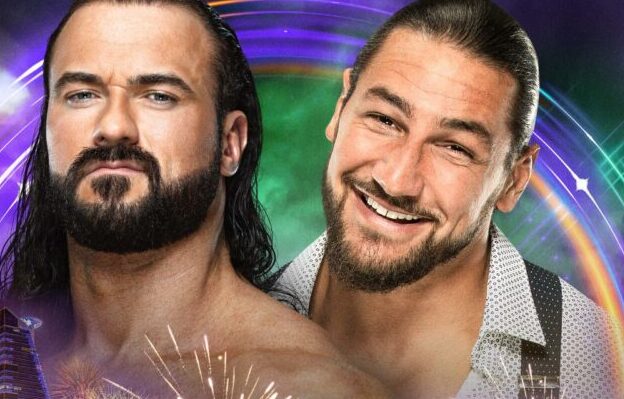 Elimination Chamber it is very close. Specifically, in seven days the long-awaited event in Saudi Arabia will take place. On said evening, Drew McIntyre will face Madcap Moss, the loyal squire of “Happy” Baron Corbin . In the last episode of WWE SmackDownit was confirmed that this fight would have a very violent stipulation.

Drew McIntyre vs Madcap Moss will have a violent stipulation

Bad news for Moss. In the episode of Friday Night Smackdown issued tonight, tried to prevent the fight from taking place, claiming an eye injury that would not allow him to fight in Arabia. However, this excuse did not convince anyone.

As a result, the Scotsman, very angry at the cowardice of his opponent, attacked him behind the scenes. After beating him repeatedly, he delivered some bad news to her. Adam Pearce, the commissioner, changed the provision to a Falls Count Anywhere.

This regulation indicates that the count of 3 can be done anywhere. Even outside the ring or the arena, preventing any possibility of escape from Moss. What’s more, there is no disqualification, so the use of objects and interventions will be allowed.

The latter is very good for Moss, since will allow Happy Corbin’s interventions to be completely legal, which can turn the contest into a disadvantaged match in your favor. Despite this, McIntyre is a strong rival who is not worth underestimating.

It should be noted that both superstars have already seen their faces in Day 1night where the Scotsman took the victory after applying a kick ClaymoreHowever, Moss put up with almost ten minutes of contention, which was very unusual, proving more than people expected of him. Now, he has his chance to cement his career, with a hugely prestigious victory. If he gets it…

Drew McIntyre vs Madcap Moss will have a violent stipulation