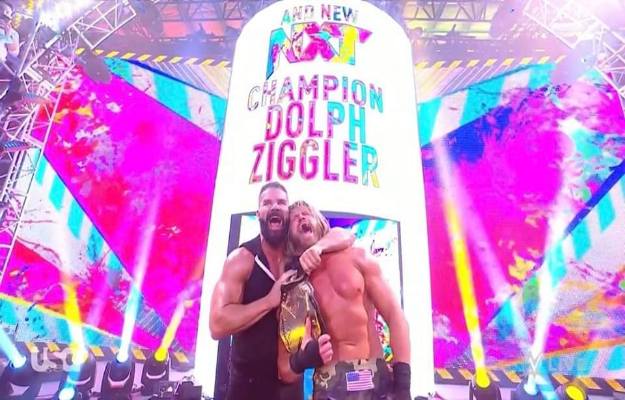 Tonight is celebrated Special of NXT road block, where the brand champion Bron Breakker defends his title against Tommaso Ciampa and the super star from raw Dolph Ziggler.

Bron Breakker defends his title in a triple threat

After seeing an intense rivalry between the Monday Night RAW superstar Dolph Ziggler, the reigning NXT Champion Bron Breakker and former champion Tommaso Ciampa, Ziggler threatens to become the new champion of the brand but Ciampa wouldn’t let him get away with it, after individual confrontations by couple, finally tonight in the special called NXT Roadblock We would see a triple threat between them for the maximum championship of NXT 2.0.

The three competitors begin their fight, previously we were seeing an alliance between the champion and the former champion but now As we already know, it is each man on his own and that is demonstrated, Ziggler tries to show off as usual but Bron Breakker’s power doesn’t allow it and he knocks him down with a couple of ties, Ciampa and Bron stare at each other and hit each other mercilessly with which nothing is achieved.

Between the attacks of Ciampa and Ziggler, Bron is knocked out for a while as he leaves the other two challengers to duel, Ciampa is the one who shows off and celebrates with the public present, happiness does not last long because Ziggler would show that he does not plan to give up so easily, and if that was not enough the reigning champion returns to retake control with his physical power, and stuns both opponents.

In a moment Ziggler arrives in support of his partner Robert Roode who interferes in his favor, he is chased by Bron while in the ring the victory almost goes to the RAW superstar, but Ciampa says no and the combat continues, after several attacks Bron Breakker leaves Ciampa ready for the count of 3 but it is Ziggler who steals it, 1 2 3 Dolph Ziggler is the new NXT 2.0 champion.

Everyone is shocked at this, especially Bron Breakker who can’t believe his reign has ended like this, The Dirty Dogs leave celebrating this incredible achievement that will lead them to NXT Stand & Deliver.