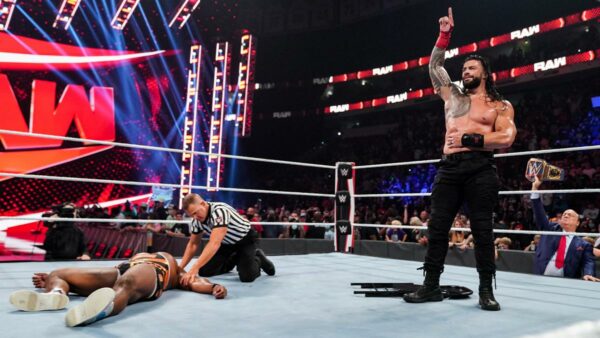 The product of Wwe is at the service of ratings, above creative establishments. Thus, unfortunately, the second separation of brands did not initially have the desired firmness, because just a year and a half after its consummation, its foundations began to lose steam with appearances of Raw Superstars on SmackDown and vice versa, through the infamous «Wild Card Rule ».

And the new era of WWE television as of October 2019 seemed to be a return to formality, when the FOX network even proclaimed the end of that wild card rule, but again, circumstances dictate sentence. Given the very discreet audience ratings of Raw, with AEW in the rear view mirror, we saw, for example, Big E to redeem his Money in the Bank briefcase on Raw to be crowned WWE Champion, then on SmackDown confronting Roman Reigns, or to the Samoan in the latest chapter of the red mark.

Violations of that distance between shows that, before the proximity of the «Draft», began to mean for some an advance of the end of the separation of brands, based on a tweet posted by WrestleVotes.

But inside from the latest Wrestling Observer newsletter, Dave Meltzer rules out that WWE will continue with the dynamics of recent weeks.

‘As for the talk of big stars appearing on both brands like Reings to try and boost ratings after this week,’It is not a long-term strategy, not even a short-term one. ‘. Of course, everything can change, but as for this week, not something they planned to do regularly».

When we talk about low audience, we mainly refer to Raw, because SmackDown remains at acceptable figures. And here surely FOX plays its role. It is true that a union of brands could also benefit SmackDown, but today, really Raw has very little to contribute to the show on Fridays, and the Rupert Murdoch network will want to maintain that differentiation and its own stamp that make its program superior.