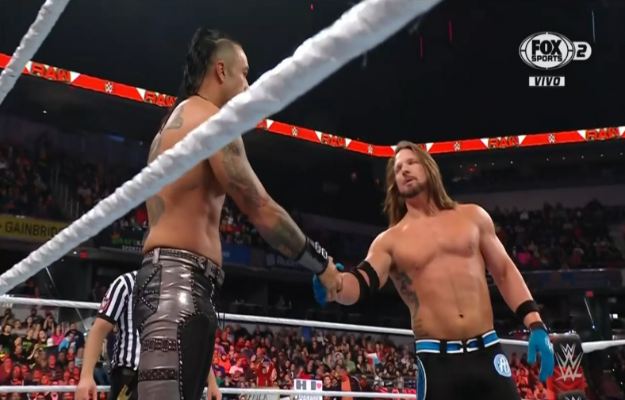 Tonight we will finally see to the phenomenal A.J. Styles fighting for the championship of the United States vs. Damian Priest in WWE raw, we will see a new champion or the archer will be able to emerge victorious again.

Last week a fight took place between AJ Styles vs United States Champion Damian Priest, to the champion’s surprise, at the end of the fight the phenomenal managed to defeat him cleanly because Damian didn’t control his dark side, that’s why AJ was deserving of a title fight this time and said fight occurs in the red mark RAW.

The fight begins and AJ Styles wastes no time and does his best to come out with the victory quickly, the archer of infamy does not leave things so easy for him and launches strong attacks at his challenger, there are times when Damian does not obey the referee and this is what could cause him to lose like last week.

It should be remembered that in case if AJ Styles managed to win the title I would go to Elimination Chamber as champion since it is one of the participants, meanwhile in the fight AJ Styles is in control and prepares to win and take the title at home.

Damian wins in the blink of an eye

when it seemed that AJ was about to apply the phenomenal forearm, the archer avoids this attack and after this in an oversight and a blink of an eye he makes the cover, 1 2 3 Damian Priest retains the United States championship against AJ Styles, At the end of the fight, the phenomenal recognizes the winner and They shake hands as a sign of respect.