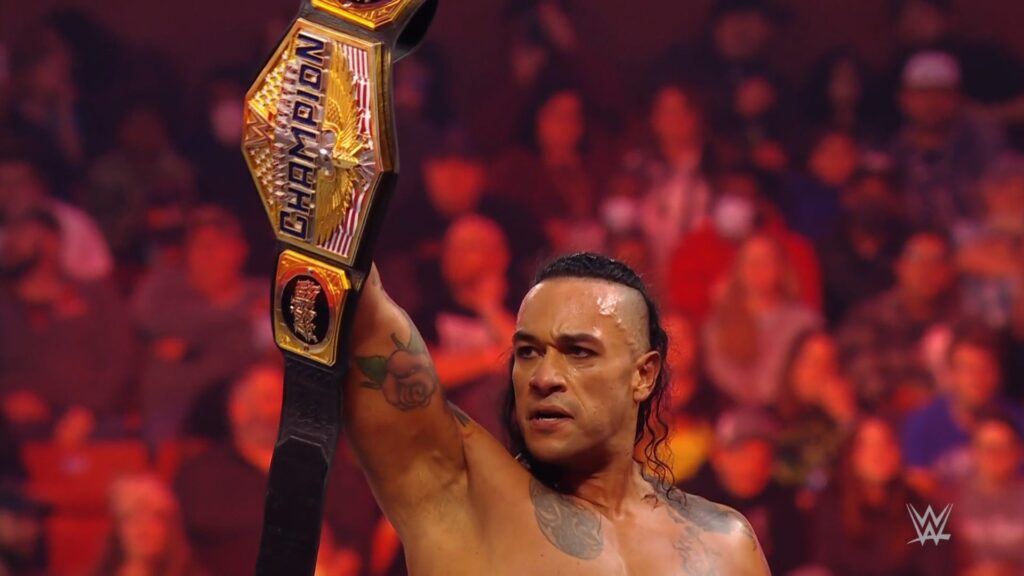 The archer of infamy has successfully defended his title on several occasions although the last time it was by disqualification, That is why tonight he defends it again with a special stipulation.

Last week in Monday Night RAW we could see a fight between Damian Priest and Dolph Ziggler for the USA championship, after Damian lost control and stayed out of the ring until the count reached 10 but thanks to this he retained the championship, that is why this fight is repeated tonight but in this case if Damian receives the count out or is disqualified he can lose everything and the title.

The fight begins with Dolph Ziggler attacking Damian and taking him out of the ring and taking advantage of the special stipulation, They return to the ring and it is Ziggler who is in control, Damian does not plan to fall into the trap of the conceited and is recovering by submitting to Ziggler to win the fight in a clean way.

Out of nowhere to help Ziggler his partner Robert Roode appears, This makes Damian wake up his devilish side and leaves the ring without realizing the count was off, but he comes to himself and enters the ring but is about to hit his opponent with the metal chair and would still be disqualified, however he hits Robert Roode instead and ends the match with the reckoning, 1 2 3 Damian Priest retains the United States championship.