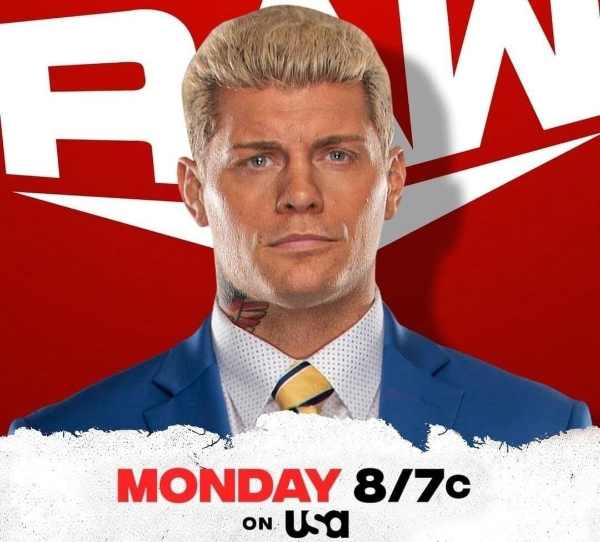 Cody Rhodes returning to WWE is one of the rumors that have circulated today. There is no Official WWE News, but rumors suggest that Cody Rhodes could return to WWE tonight. The next show will not be just another show for WWE, but the 1500th episode of Monday Night RAW and the company seeks a strong impact among its fans in the way to Wrestlemania 38.

Cody Rhodes could return to WWE

The WWE rumors They place Cody Rhodes in the WWE orbit and his arrival could become effective today. The reality is that there is nothing programmed, and the illusions of the fans can perhaps be more than reality itself. In any case, we are talking about WWE and the reality is that in this company anything can happen.

The Miz does not stop fantasizing about his partner for Wrestlemania, and knowing the rumor has begun to warm up fans on social networks:

Your reaction after you see who I’m bringing to #WWERaw tonight… pic.twitter.com/MFPJISSVTv

Your reaction after seeing who I’m bringing to #WWERaw tonight…

If Cody Rhodes returned, he would be the first great fighter to leave AEW to return to WWE. Do you think Cody’s return to WWE will take place tonight? Would you like to see the fighter back in the company?