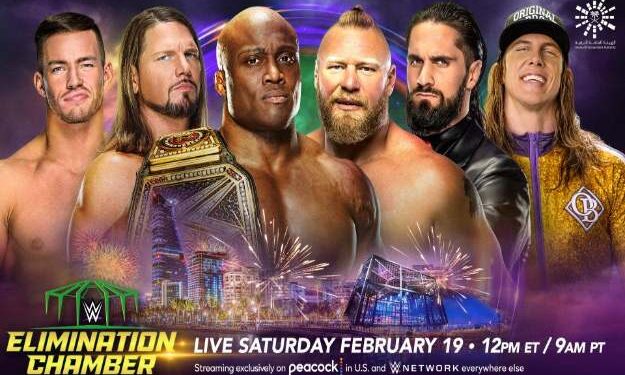 Elimination Chamber is one of the most brutal events that the wwe news they can report. Each year, six superstars enter a structure that will put their physical integrity on the line, perhaps for life. This year, the WWE Championship of bobby lashleywill be put into play in said chamber, but the current plans are not the original ones.

This year, the event will be held in Saudi Arabia, specifically in the Jeddah Superdome, in the city of the same name. Six people will enter the men’s chamber, only one can leave with the oldest maximum medal of WWE.

Bobby Lashley, AJ Styles, Brock Lesnar, Riddle, Seth Rollins and Austin Theory will be the litigants. However, these were not the original names in the creative plans, which were altered this week, during the broadcast of Royal Rumble.

According to the prestigious American journalist, Dave Metzler, the average age was going to rise quite a bit in the contest. Specifically, the youngest applicant, Austin Theory, was not going to fight, having the plans that were originally reserved for Shane McMahon.

Vince McMahon’s son was going to be part of the fight in the structure, having moments of great intensity with Seth Rollins. However, due to discomfort with Shane in the locker room, plans for him were put on hold.

Thus, Austin Theory will continue his story as the favorite of the company boss, enjoying his push in recent months. Let’s not forget that he defeated Kevin Owens to qualify for the contest, as well as performing well in the battle royal.

The event will take place next Saturday the 19th, and can be seen in Spain in the afternoon, which is very advantageous for the European audience, who will not have to stay up all night to enjoy their favorite superstars.

Changes to the original plans for Elimination Chamber