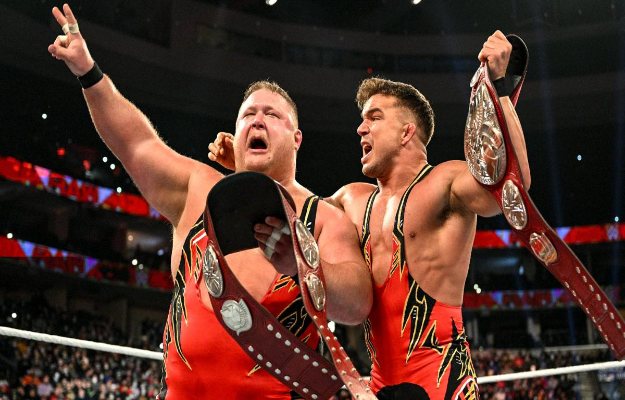 During the last few hours there have been many WWE news on the surprise coronation about the tag team of wrestler Chad Gable and Otis. The fact is that this coronation has been a surprise for all fans in the world of wrestling. on the WWE Raw red mark.

The couple formed by Chad Gable and Otis called Alpha Academy has managed to beat the RK-Bros and be crowned champions of the brand. Unexpected news that leaves the chances of success in the couple’s future in the WWE division wide open.

In an Instagram post, Chad Gable expressed how genuinely happy he was to be able to share this moment with not only his teammate, but also his best friend and neighbor.

There’s winning championships, and then there’s achieving dreams with your best friend. ⁣@otis_wwe and I have been talking about a night like last night ever since we were training together for the Olympics in Colorado Springs in 2011. ⁣The Alpha Academy relationship is so much more than a team. It has been a sorority for over 10 years. ⁣After I got called up on RAW, I jokingly told Otis there was a house for sale down the street for me if I wanted to move. Within a few days, he told me that he had made an offer and would be there in a few weeks. Since then, he has come almost every day for us to leave puddles of sweat in my garage in some of the most courageous training sessions you can imagine, all with the goal of continually progressing in this profession and in life. I couldn’t be happier or more proud of this man. ⁣ My protégé. My precious student. My #1 boy. But most importantly, my friend. ⁣We made it.