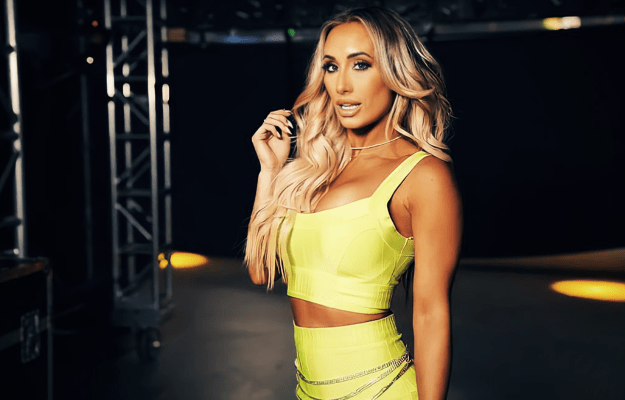 One of the female Tag Team Champions, the super star of raw Carmella I would be dealing with an injury for a while in WWE, We tell you the severity and details of the injury.

One of the female superstars of Monday Night RAW and part of the current WWE Women’s Tag Team Champions, the self-styled most beautiful woman in all of WWE Carmella has not been very active in recent weeks due to an injury that she has been carrying for weeks, but nevertheless this does not mean that she would stay away from the ring for long.

The injury has been confirmed by journalist Mike Johnson, however it has not been specified what type of injury it is, still this explains why Queen Zelina has been carrying the weight of the team and being more active than Carmella in recent weeks. In the last starting defense of the champions as a couple, Queen Zelina took the victory for the team over Nikki ASH while Carmella did not physically intervene, his last hand-to-hand combat dates back to a December 19 House Show.

The injury would not be so serious

Despite sustaining an injury This may not be so serious because WWE has not decided to leave the titles vacant so far, however this could change depending on its development in the coming weeks and if in the worst case it gets worse, Carmella’s participation in Royal Rumble may be in danger.

Carmella could be dealing with an injury in WWE