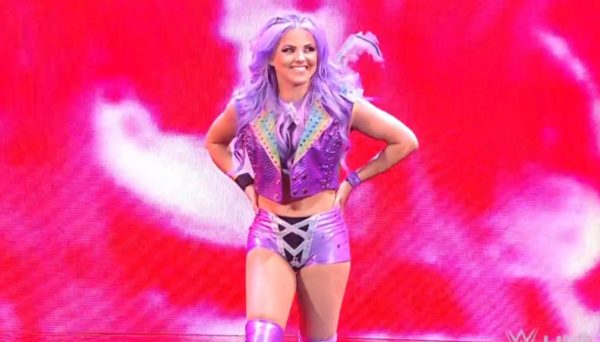 Candice LeRae returned to WWE ago last month and did it on Monday Night Raw to face Nikki Ash. The former NXT Couples Champion gave birth at the beginning of the year and during the months of her absence there had been no clarification about whether she would continue working in the company, even though she wanted to fight a few weeks after she gave birth to her firstborn; however, the previous regime let the contract simply expire, although that changed with Triple H at the controls, who also took it upon himself to bring her husband back. Johnny Gargano.

WWE has undergone many changes under the Triple H regime, beyond the names that returned. Another difference that has been appreciated was the fact that they have been allowed to have some freedom when giving their promoand some have managed to stand out in that area.

According to former WWE head writer Vince Russo, Candice LeRae hasn’t had a good promo, despite the open letter WWE has given them. In the recent episode of Legion of RAWRusso indicated that I was not at all impressed with what the former NXT has worked behind the scenesand you really need to hone in on that area.

“If they’re not writing interviews anymore, this became the most scripted interview I’ve seen in the last year. No doubt about it. If this girl was talking on the spur of the moment, wow bro, she needs a lot of work”.

On the recent Monday Night Raw, Candice LeRae did not fight, but she was part of a behind-the-scenes segment, where she referred to Damage CTRL, who appeared to surround her and attack her. We will have to see if there is any kind of retaliation for this situation.

Candice LeRae is criticized for her shortcomings in the promo