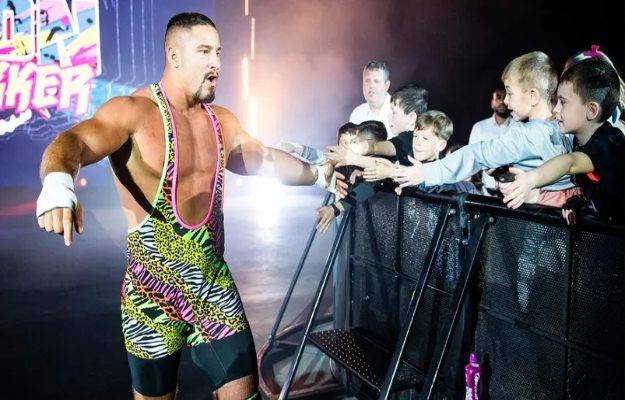 During the last few hours there have been many WWE news that they have analyzed the future of the main roster now that it has been seen as they have been quite abrupt the changes that have been seen regarding the need to continue developing fighters to occupy billboard time.

Bron Breakker and his rise

The former champion of the WWE NXT 2.0 development brand how it is Bron addresses if it would be the moment to ascend within the roster. Breakker spoke with Joey Hayden of DallasNews.com the morning after the title loss and commented on what it was like to be in Cleveland for his RAW debut alongside Tommaso.

“It was great, man. He was crazy. It’s such an honor for me to be able to go up there and be a part of that: to be able to see so many great superstars perform and see how great those artists are up there on the red mark. Like I said, it was a great opportunity to learn and improve as a superstar,” said Breakker.

“It has been a great experience. I’m learning a lot about business, being a better worker, and learning a lot of great information. I couldn’t be happier to be in the learning position I am in. I can’t wait to see what the future holds,” she said.

“Nah, I’m focused on my day to day, on what’s going on. Take it one day at a time,” Breakker said. “I’m not thinking about that. Just focused: I was focused on being the best NXT champion I could be, you know, and now the focus is on redeeming myself and trying to get him back at some point. Come back to the title image at some point. Yeah, I don’t focus on that.”

This is how the former champion approaches a great possibility of being a protagonist of the roster in the future. Since for a couple of months he has received very good reviews and being a relative of the Steiners, and giving very good impressions in the ring would be a direct rise to the main roster.