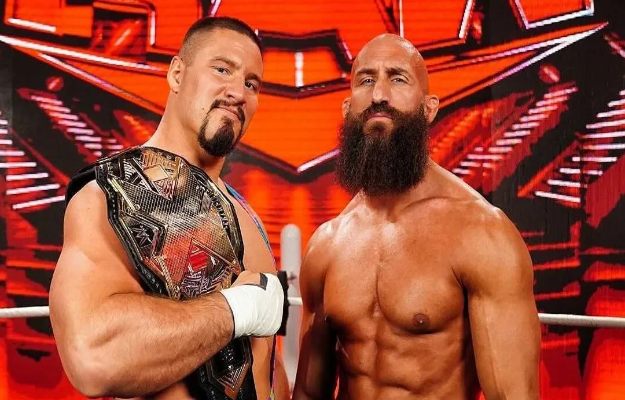 Last Monday in WWE RAW the debut of the new face of WWE NXT and current NXT Champion Bron Breaker for a tag team match. Also, his partner was Tommaso Ciampa with whom he faced Dolph Ziggler and Robert Roode.

Bron Breaker is honest with his debut on the Main Roster

During an interview with the podcast “One-On-One”Bron Breaker was encouraged to address issues related to his debut in WWE RAW. The now former NXT Champion commented on the feelings he had after his first time on the Main Roster. Likewise, he revealed a fundamental request that was made to him backstage before making his in-ring debut.

“It was a great experience and I was able to learn many things. On Monday night, there’s a feeling for it. It’s a unique feeling, just being on RAW. It’s the biggest show and it’s crazy to think I was a part of it. To be able to act, it was a great honor to be there for me.

Very cool. I met and talked to a lot of superstars and they gave me various types of advice and help. Things they wanted to extend to me to help me be successful, it was wonderful. The main advice was probably to smile more.

Everybody tells me that. I’m just not sure I’ve been trained on it until now. Another thing I have yet to work on is figuring out how to make it my own and do unique things my way. I was able to get various training points and things to learn from this experience. So many things that I can take with me to be a part of it.”

This Tuesday within WWE NXT, Dolph Ziggler managed to emerge victorious in a triple threat against Bron Breaker and Tommaso Ciampa. In this way, Robert Roode’s partner managed to become the new NXT Champion and steal the maximum title from the main roster.