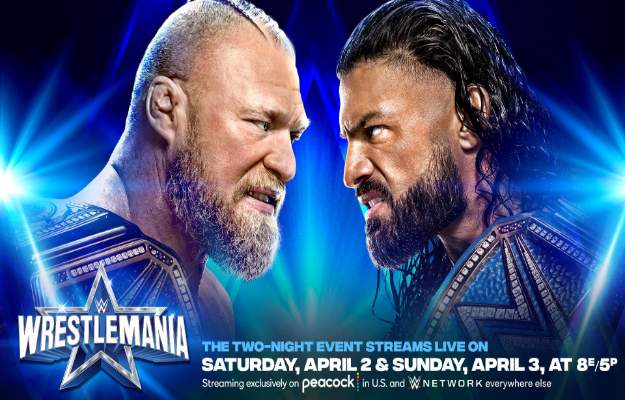 In one of the most outstanding news of WWE In this year 2022, the company has announced that the fight between Brock Lesnar vs Roman Reigns of wrestlemania 38 It will be with the stipulation that the winner will take both titles of the company.

Brock Lesnar vs. Roman Reigns, Winner Takes All at Wrestlemania 38

Wrestlemania 38 will be the next big WWE event in 2022, and like every year they want the Show of Shows to be remembered as the best event held in the year. That is why the company does not skimp on anything that is within its reach and has announced that the fight between the two champions of the two brands, Brock Lesnar WWE champion (RAW title) and Roman Reigns, Universal champion (SmackDown title) will be with both titles at stake and the winner of the fight will take both prizes.

This has been made public after Last Saturday Brock Lesnar regained the WWE title that he had lost at the hands of Bobby Lashley at the Royal Rumble PPV, after beating all his rivals in the Elimination Chamber, after counting Austin Theory last. . At the Elimination Chamber, Lashley was unable to defend the title after being injured early in the match.

For your part Roman Reigns managed to retain the title after comfortably beating Goldberg in the opener of the Premium Live Event last Saturday after making the challenger submit after applying his choke guillotine, after an attempt by Goldberg to jackhammer him.