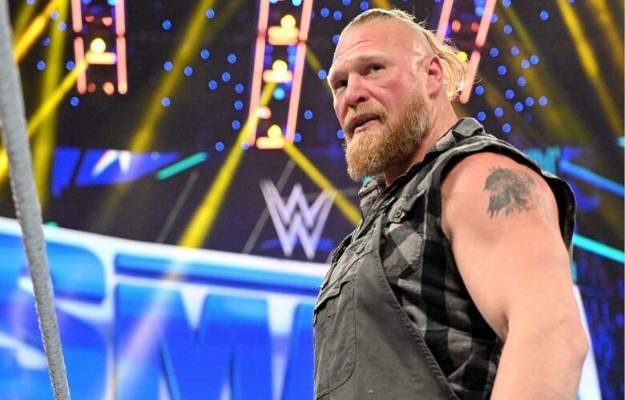 Brock Lesnar was off television during the WWE Pandemic Eraabsenting himself after losing the WWE World Championship to Drew McIntyre at WrestleMania 36. It would not be until the SummerSlam 2021 event where Brock Lesnar would return in better physical condition to face the Universal Champion, Roman Reigns.

Via The Michael Kay Show When asked how long he plans to continue, the current WWE World Champion answered the following:

“I actually retired when COVID hit and my contract was up in 2020. Full circle Brock Lesnar story, I had my first wrestling match in Minnesota in a garage with no people. 20 years later, I had a WWE title match at WrestleMania in a warehouse in front of no one. 20 years, full circle. I was like ‘I’m leaving’.”

Later, they asked him the reason for his return. Between a smile Brock replies, “Cha-Ching” referring to the sound that a cash dispenser makes.

They asked him about what his future holds, but Lesnar replied that he is focused on the present because he is enjoying his history with Roman Reigns. He noted that the passion within the dispute has drawn him.

“I don’t want to get ahead of myself here. I’m excited for this match [con Reigns]. I think what’s special about what we’re in right now is that people can feel the passion, you know, having Paul Heyman and Roman again. I feel deeply involved in what is in front of me.”