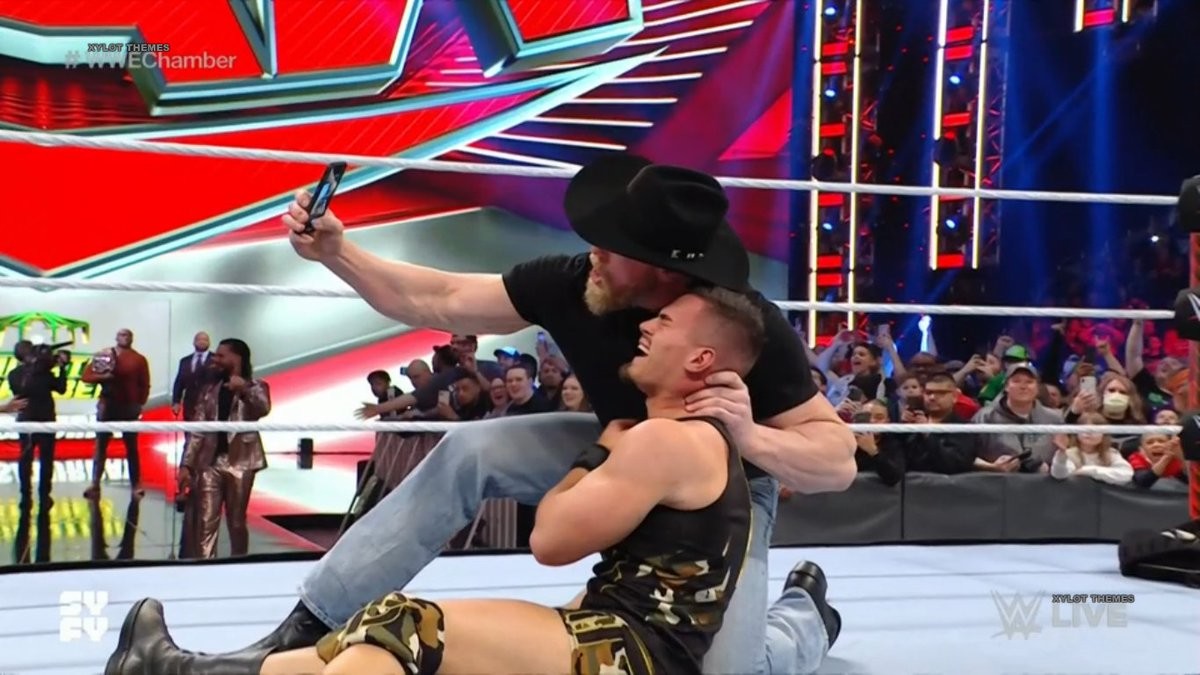 During broadcasts of Monday Night RAW via SyFy, the superstar Brock Lesnar made a special appearance against his Elimination Chamber rivals.

WWE’s weekly show in Indianapolis, Indiana kicked off with Bobby Lashley and MVP talking about Elimination Chamber. The WWE Maximum Champion promo was interrupted by Seth Rollins, Riddle, Austin Theory and AJ Styles. Suddenly, “The Beast” came on stage ignoring all of his rivals except “The All Mighty”. As the two giants exchanged glances, Theory pounced on Brock Lesnar only to receive several German Suplexes followed by the F5.

Brock Lesnar will seek the WWE Championship next Saturday, February 19 in the pay-per-view Elimination Chamber. “The Beast” will enter the steel structure before the other five men who also starred in this match. Let’s remember that Lesnar He will also be the challenger to the Universal Championship at WrestleMania 38.


Elimination Chamber for a shot at the RAW Women’s Championship
Liv Morgan vs. Bianca Belair vs. Doudrop vs. Nikki ASH vs. Rhea Ripley vs. surprise fighter