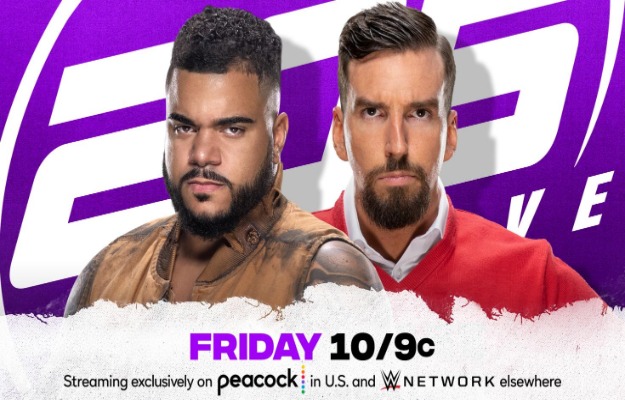 Bobby Steveson, the brother of Olympic medalist and WWE media signing, Gable Steveson, will make his debut this coming Friday in the 205 Live program. In addition, two more bouts have been announced for the show.

Bobby Steveson will make his debut on Friday at 205 Live

Bobby Steveson’s in-ring debut is on the undercard for this week’s 205 Live Christmas Eve episode.

Steveson, who goes by the name Damon Kemp in WWE, will face Andre Chase at 205 Live this Friday night. Steveson joined the WWE Performance Center in August. He announced his new name in the ring last month.

Bobby is the brother of the Olympic gold medalist wrestler and WWE signing Gable Steveson. Bobby was previously an amateur wrestler at the University of Minnesota, where Gable is currently completing his senior season. In September it was announced that Gable had signed a NIL (name, image and likeness) contract with WWE. Gable will join WWE full time when he finishes college.

In October, Gable was drafted for Raw in the WWE Draft.

Only Sikoa vs. Ru Feng and Ivy Nile vs. Fallon Henley will also air on 205 Live this Friday night. Fallon Henley is Tesha Price’s new name in WWE. Price previously participated in AEW Dark and had done talent enhancement work for WWE. He teamed up with Erica Yan in a loss to Valentina Feroz and Yulisa Leon on 205 Live last week.

Bobby Steveson will debut on Friday at 205 Live – Planeta Wrestling