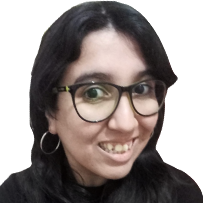 During broadcasts of SummerSlam 2021 via WWE Network and Peacock, Bobby Lashley retained the WWE Championship after defeating Goldberg in hand-to-hand combat.

This was the last matchup of the most important pay-per-view of the summer in WWE. Goldberg started with a big lead against Lashley, but The All Mighty recovered by attacking his opponent’s left leg. Even MVP used his staff to attack him from the back preventing Goldberg from standing long.

After a few minutes, the referee decided to stop the fight and give victory to Lashley but the champion continued the attack using a chair. Gage, Goldberg’s 15-year-old son tried to attack Bobby from behind and was stopped in the air by The All Mighty, who applied a Full Nelson to him. MVP was upset by the situation and clarified that Lashley did what he did in self-defense.

Bobby Lashley retains the WWE Championship. “The All Mighty” earned the company’s top title ago 167 days on Monday Night RAW. Lashley defeated The Miz in a Lumberjack match that closed the broadcasts on March 1 to lift the highest gold for the first time in more than 15 years of association with the company.

Goldberg returned in search of the championship

The member of the WWE Hall of Fame challenged Bobby Lashley on Monday Night RAW on July 19. After defeating Keith Lee in non-title action, “The All Mighty” was surprised by Goldberg’s signature music and the presence of the former universal champion. The veteran faced Bobby Lashley shouting “I’m Next” and the maximum headline only came down to leaving the arena without answering the challenge

The following week Bobby Lashley and MVP providing a glimpse of what happened in recent weeks. “The 305” clarified that the WCW legend was not ready to face a challenge like “The All Mighty.” MVP’s words drew Goldberg onto the scene. The veteran proclaimed himself the next challenger to the WWE Championship and threatened Lashley up close. The owner faced Goldberg’s son with MVP before the latter received a Spear. Lashley would make the match official several moments later.