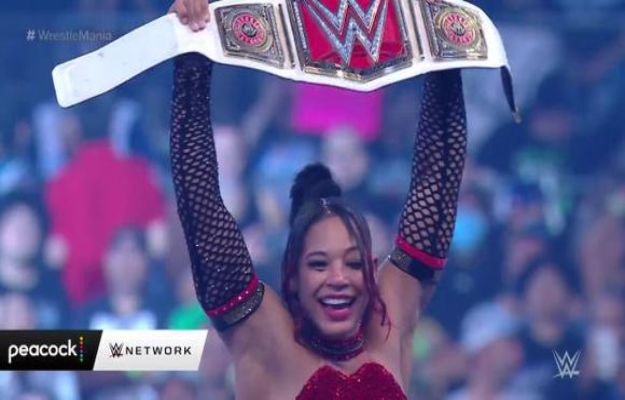 In addition to the moment of glory bianca belair at WrestleMania 38, the EST suffered a heavy blow during their match vs. becky lynch last night when it became female champion of RAW.

Bianca Belair hurts her eye in her fight against Becky Lych

Last night was held night two of the greatest event of the year, on WrestleMania 38 one of the most anticipated combats which was that of Big Times Becks, Becky Lynch defending the RAW Women’s Championship vs Bianca Belair, both starred in a very good fight that received everyone’s gaze and in a great endingThe EST took the victory winning the title.

Apart from the moment of celebration, there was a detail that many fans did not notice and that is that Bianca Belair suffered a spectacular blow to her left eye, time after the fight through your account Instagram He uploaded some stories where he showed that in fact, his eyelid was closed and his eye was black and inflamed, Below you can see the pictures.

The cost is worth the reward

Despite having suffered this terrible blow, the reward was great for Bianca being able to redeem herself by defeating Becky Lynch, for the first time in her career she has become the women’s champion of the red mark, It is not known if this will affect your participation on the RAW post WrestleMania tonight, but it is very sure that there will be no problem with his reign continuing because in a short time it can heal until you have to defend it.

Bianca had a embarrassing defeat to Becky Lynch when she returned at the event summer slam, in 26 seconds she lost the women’s championship SmackDown and this marked her for life, thanks to this recent victory she can say that she has returned to the top and now we have to see What will be next for her?