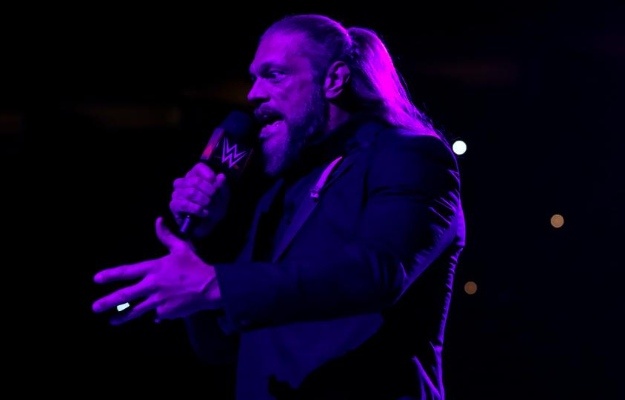 WWE Hall of Famer Edgehas shown a new attitude, more raw and aggressive in his rivalry against ‘The Phenomenal’, AJ Styles.

Edge violently lashed out at Styles, causing him a concussion on his neck.

On Monday Night RAW February 21 episode the ‘R Category Super Star’ issued an open challenge to any member of the World Wrestling Entertainment roster who wanted to face him in ‘The Showcase of the Immortals’. The athlete who responded to the ambitious call a week later was former WWE Champion AJ Styles.thus making a dream-match come true that both talents and fans have been waiting for a long time.

Styles stood up to Edge, who specified that he wanted to face ‘Bulldog AJ’ and not the guy who was Omos’ dog in tag team. This clearly angered the Phenomenal One and things ended in a street fight. in which Edge hit his rival with a low blow that left him lying and at the expense of receiving a brutal attack with metal chairs.

On the last episode of RAWthe legendary Canadian fighter appeared with a new entrance and attitude to address the WWE Universe and explain their controversial actions. Edge began by saying his iconic phrase “You think you know me” (“You think you know me”), and throughout the promo he assured that we were seeing a new version of himself with which he has fallen in love.

Edge’s wife, ‘The Glamazon’ Beth Phoenix, took to Twitter to share her thoughts on the fighter’s new attitude, her statements were short but quite forceful:

We will wait for AJ’s return to know his thoughts regarding the attack, the fight between the two was already agreed by WWE to happen on the second night of WrestleMania.

Beth Phoenix reacts to Edge’s change in attitude in WWE