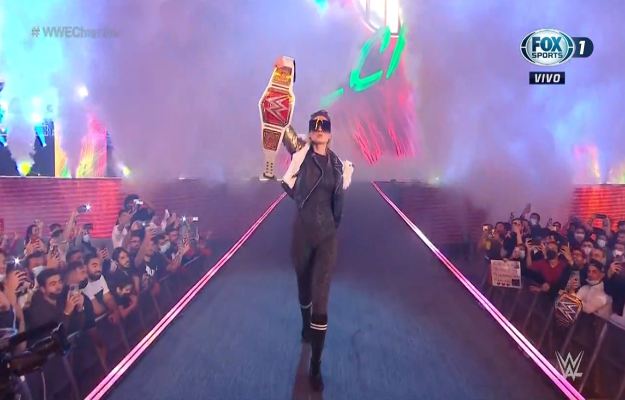 after 15 years Hall of Fame member Lita gets a starting opportunity against becky lynch on Elimination Chamber from Saudi Arabia, the old generation collides with the new generation.

When the female champion of raw becky lynch thought he would be left without an opponent, he got a big surprise when he was the member of the hall of fame Lita who would face him and I would suggest a fight in Elimination Chamber, although Becky did not want at the beginning this fight was confirmed and for the first time in a long time Lita fights looking to be 6 times champion.

Since the beginning of combat control went to Big Times Becks making Lita look like she wasn’t ready for her, after being alone resisting in the ring we finally see Lita waking up and taking some blows that stun Becky at times, the opportunity to apply Twist of Fate is given but the champion manages to avoid them and continue with a close fight.

Becky tries to take the victory using the ropes but she can’t, Lita manages to get away from the account and even holds the padlock on her arm, then reminisce about the old days doing a backflip from the third corner, however, it is not enough to take the victory and Becky continues to distribute attacks.

Big Times Becks proves to be superior in this era

In the final moments Lita is lying on the canvas and Becky wants to take advantage of this to imitate her deadly, however, she does not succeed and her opponent drags her to the center of the ring to another Twist of Fate but this one is reversed in an impact against Becky’s canvas, 1 2 3 Becky Lynch retains the RAW women’s championship against Lita, the hall of fame member looks very frustrated but still celebrate with his Arabian fans for his performance.