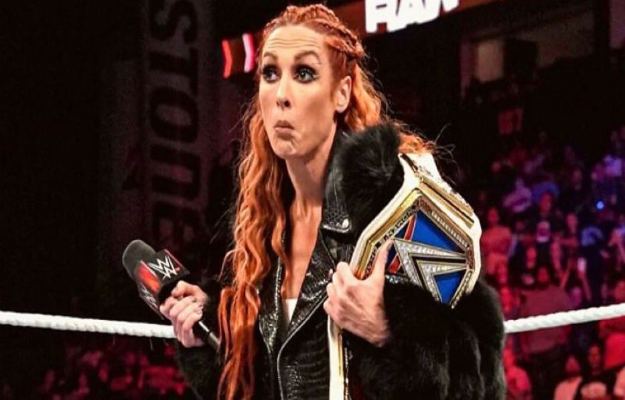 Becky had tried to get into Ronda Rousey’s mind

Ronda surprised the world with her comeback and win at the Women’s Royal Rumble which took place last Saturday at ‘The Dome at America’s Center’ stadium in the city of Saint Louis, Missouri. With this impressive return to action, the UFC Hall of Famer earned the right to challenge the Champion of her choice in a title match at WWE’s Big Event.

Rousey appeared the following Monday on Monday Night RAW to discuss her decision, in the process she was interrupted by Becky Lynch -who he had already expressed his interest in confronting her– and who told him that the best she could do was eat the appetizer first (Charlotte) before going for the main course (herself). Ronda ended up taking down the Irishwoman and saying that she would announce her opponent on SmackDown.

Charlotte Flair was chosen by ‘The Baddest Woman on the Planet’

Last night Ronda appeared for the first time in her career on SmackDown. The challenger interrupted a promo between Sonya Deville and Champion Charlotte Flair to make her announcement, which consisted of a simple but forceful words on the face of ‘The Queen’ after a rather personal exchange of words:

“I’ll see you at WrestleMania, bitch”

After the show, Becky Lynch sent a message to Rousey in which congratulates her for making a smart decision by going through ‘the entrance’ first:

With this, Becky will be able to momentarily forget about Ronda and focus on her next starting defense: The legendary Lita in Elimination Chamber.