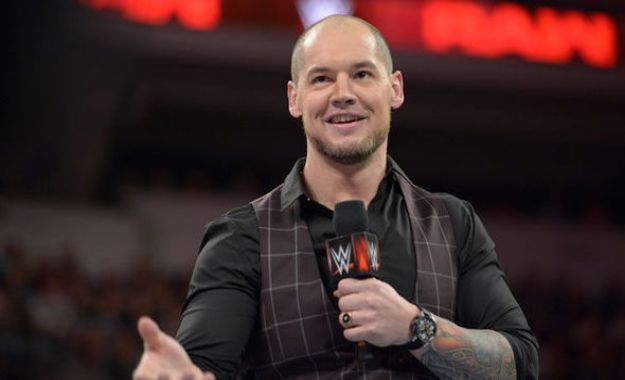 During the last few hours there have been many WWE news that have highlighted the influence of several legends within WWE itself. The support of the great legends who have always been an example and a path to follow to fulfill a dream within WWE itself is important. That is how WWE wrestler Baron Corbin He continues to develop his character on the main roster.

Happy Corbin and the influence of legends

As a guest on the latest episode of WWE After the Bell Podcast with Corey Graves Happy Corbin joined the show to talk about the many influences he has had on his career. In addition to paying a small tribute to the fighter who died a few weeks ago Scot Hall at the age of 63 after being unplugged from a machine that kept him alive after three heart attacks.

“He’s a guy who knows how to make another guy have the philosophy of making your stuff mean something,” Corbin said. “If it’s a hit and it means more than 40 in a row, then you’re doing something right, it’s the details. How to look, how to behave like a star, Terry Taylor has written all over it. Look at Roman Reigns when he walks out, he just stands there and looks slowly, that’s got Terry written all over it. It’s being a star, if you’re hunched over, you’re not comfortable, people see it. He played an incredible role.

“Then Razor [Scott Hall]. It’s been a tough year losing him now, but he was a guy who would give me [consejos]. I still remember when I was in Brooklyn fighting Samoa Joe and I did something, I choked him with the rope, I rolled out of the ring and I celebrated, and I got to the back and he was like ‘what the hell was that?’ I was like ‘what are you talking about?’ He says ‘you’ve got a big man on the ropes and you’re out there with your arms up, talking to the fans? You should have punched him in the face. He was a guy who wasn’t afraid to tell me how to do things either. He was another guy who caught me on PC a few times and we had good long talks that led to text messages here and there. He’s another guy who played a big part in the details.

“I’m just a details guy, man. Look at Randy, he helped me too, and Triple H obviously helped me get to where I am in a big way. I like guys who are detail-oriented and stick with me because I enjoy that aspect of it too. I don’t want to go out and go through the motions. Anyone can learn the moves, anyone can teach someone a shoulder tackle or a hip throw, but to put the special stuff in the middle of all of that, those are the guys I’m gravitating toward and I think I’m lucky that Sean hold on to me too.”