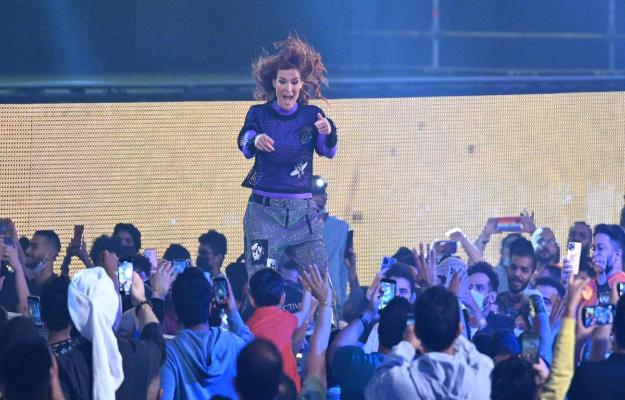 Recent reports indicate that WWE is really amazed with the response that fans gave to the participation of the member of the Hall of FameLita, in the PPV Elimination Chamber.

Last Saturday, the member of the defunct ‘Team Xtreme’ stable returned to ‘put on her boots’ to face the Monday Night RAW Women’s Champion, Becky Lynch, in a title fight held at the ‘Jeddah Superdome’. The last time the star had a one-on-one matchup was on RAW 1000 when he easily defeated Heath Slater.

Despite the fact that Becky managed to catch her rival in a ‘Man Handle Slam’ to take the victory by back count and retain her Medal, the four-time Women’s Champion pleasantly surprised fans and pundits with her impressive performance in which we managed to see her execute a splendid Moonsault and also her ‘Twist of Fate’ finisher with complete ease.

With Lita’s two impressive performances in the Women’s Royal Rumble and Elimination Chamber match, It would not be strange for the Vince McMahon Company to want the legend to make his presence felt in the ring sooner rather than later, but it is all an assumption which arises due to the short but forceful statement of Mike Johnson of PWInsider:

“There were quite a few people in the Company who were really impressed by Lita’s reception at the Show.”

However, a few days ago Lita confirmed that World Wrestling Entertainment has not notified her of future plans for her.. In the event that this happens, it is most likely that she will bet on a fight against the SmackDown Women’s Champion, Charlotte Flair, since both have a rivalry to settle after what happened in the Blue Mark on January 15.