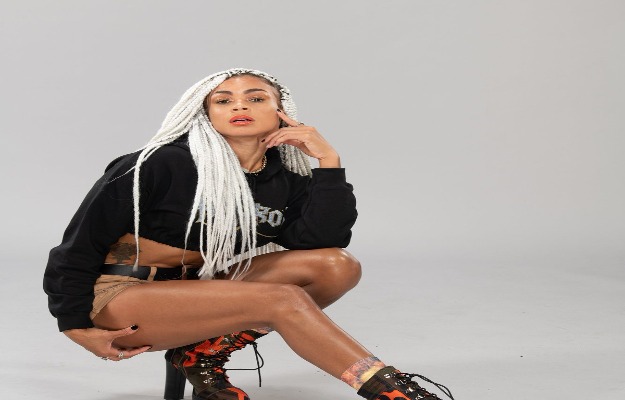 The ex WWE Female Superstar, member of the defunct team Hit Row has spoken of How was your transition from NXT to SmackDown in a quick time, commenting that no one is prepared at all times but it is something that just happens.

In the NXT brand, a stable could be seen that appeared stomping in 2021, the group was called Hit Row and had 4 members, the leader Isiah “Swerve” Scott, Ashante “Thee” Adonis, Top Dolla and B-Fab, their leader had a reign as intercontinental champion until he lost the title but at the same time they were quickly promoted to SmackDown for a short time all be fired.

First B-FAB was fired and two weeks later all the other members also extinct the team, the female member (formerly known as Briana Brandy) was interviewed by the portal Sportskeeda and there he remembered How was your promotion to the main roster? This was what he said.

“There’s really no physics behind how you go through the process and all that, it’s just about

do it, because everyone learns at different levels and everyone approaches work differently, then

there’s no plan to do it, so you just do it and they put you on the main roster. There are none

absolutely. It’s just about going there and finding yourself. They always want you to be unique and faithful to you,

people, they want you to find that. Some people take longer than others to

and check all the boxes and say, alright boom, I’m going to the main cast.

What has become of all the members today

Currently the faction leader now called Swerve Strickland is part of AEW, of the other members it is not known if they plan to continue their career in another company despite the fact that they already have the freedom to be free agents, We will see what time says in their lives.