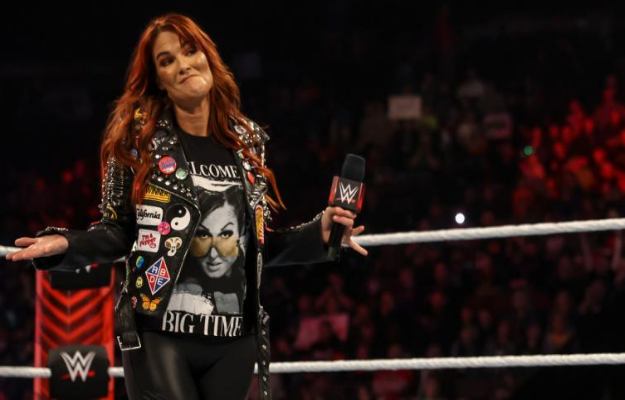 The member of WWE Hall of FameLita, will face The Champion Becky Lynch for the RAW Women’s Championship in Elimination Chamberthe plans for this fight happened so fast that the legend had to improvise his outfit for RAW.

The 4-time WWE Women’s Champion revealed that because of the frantic way WWE made plans for her match against Becky Lynch this Saturday, he had to hustle quite a bit for his surprise appearance on the January 31 episode of Monday Night RAW which took place in Cincinnati, Ohio, home of former WWE commentator Renee Paquette, who lent him her clothes for the show.:

“Those are her clothes, because that’s how short was the time I had to be ready. They (WWE) said ‘Can you come?’ so, after St. Louis (the city where the Rumble took place), he was supposed to go home. So on Sunday I drove to Cincinnati and I stopped by Renee’s house and I was like, ‘Girl, what can I wear?’” He revealed in an interview for ‘Ring The Belle’.

“He (John Laurinatis) asked me. He was like ‘Do you want to fight Becky?’ and I was like, ‘Wait what? I mean, you know what I do and you know what she does… ‘And he says ‘How about in something like two weeks? I was like ‘No, but yeah: no, just because I want to train and make it work, but yeah.’ It’s like seizing the moment, taking the opportunity when he’s there, somehow it’s all in the inkwell.” Lita said.

Finally, the hall of famer spoke about how important it is for her to give a valuable message through the clothes she wears in the ring:

“This time, I just wanted to highlight some issues that are important to me. So I had a patch on my gear that said ‘End Gun Violence’, I had another one that said ‘No human being is illegal’, and then I had another one about trans rights with the rainbow flag around it.”