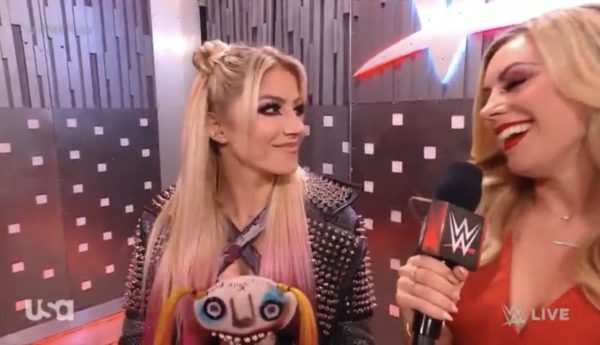 After spending a few months out of action, Alexa Bliss returned to the company showing a character not as dark as the one he had during and after his association with Bray Wyatt. However, the situation did not change much for the former Champion, who is currently associated with Asuka Y bianca belairwithout the results accompanying him in his confrontations against Damage CTRL. In the recent Monday Night Raw, Alexa lost in her match against Iyo Skyafter interference from Bayley.

Alexa Bliss was part of the central event of the recent Monday Night Raw, but the YouTuber dedicated to professional wrestling, JD from New York, shared her thoughts on the match, saying she thinks the former Champion shouldn’t be in the main event.

“Bliss and IYO SKY closed the show last night. That’s not the main event. You don’t put that match in the main event and then expect people to stay until 11 o’clock for it to be the culmination of Monday Night RAW for three hours. That’s ridiculous. No way, on no planet should alexa bliss be in the main event of any show. She is absolutely cold as an ice bird.”

Little Miss Bliss turned to your twitter account when a fan quoted JD’s video, and decided to put the YouTuber on his site by stating that their merchandise sales speak for themselves.

Tell That to my Merch sales JB. Keep doing your job which is talking about… Me. ✌🏻 https://t.co/8m27CZRhgD

– «This clown needs to respect Alexa Bliss, Alexa Bliss can be the main event of any WWE program, she has that talent unlike Jdfromny206.»

– “Tell that to my Merch sales JB. Keep doing your job, which is to talk about… me.”

Alexa Bliss also responded to the fan who defended her on Twitter, with a thank you message.

Alexa Bliss responds to fan: “Keep talking about me”