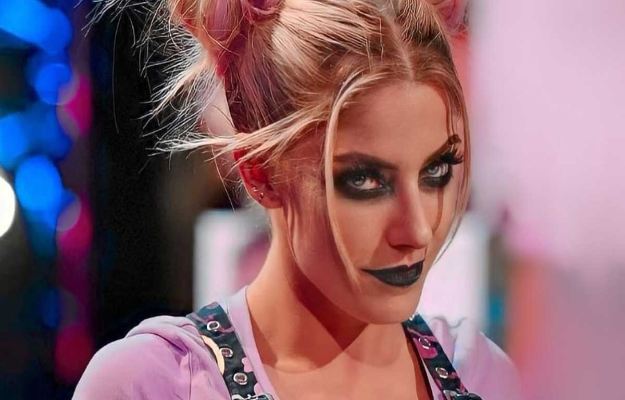 After witnessing the victory of Ronda Rousey last night in royal rumble, many fans and super stars have reacted to this great surprise, Alexa Bliss is someone who doesn’t seem to have reacted positively.

Last night the WWE universe got a big surprise when they saw the return of the baddest woman on the planet Ronda Rousey at Royal Rumble and win the female battle royal, Ronda finally eliminated the female champion of SmackDown charlotte flair being the last survivor, despite the fact that many fans were very happy to see Ronda Rousey back to the company there is a figure that was not so happy.

During his return at Royal Rumble the super star of raw, Alexa Bliss reacted to this event in a not very positive way, his first reaction was story on Instagram in which he expressed an impression on the return of Ronda but in a two-way way.

Although the message does not seem to be a big deal Alexa deleted the story after 10 minutes, then proceeded to post a tweet with another subliminal message to draw the attention of fans.

That’s the surprise! I still have to work on me… 🤓 https://t.co/fcwXU0oQHu

That’s the surprise! I still have to work on myself!”

It is not clear what Alexa Bliss intends to say, but analyzing the message, he may be expressing his desire to make his return to the ring too, Alexa has been week after week in segments on the red mark with a psychologist to try to recover from his trauma with the Lilly doll, It is not known when the moment will be when we will see her fight again.

on the other hand Ronda Rousey will be present on Monday Night RAW on Monday to talk about his recent victory and will probably point the champion you want to face in the biggest event of all Wrestlemania.