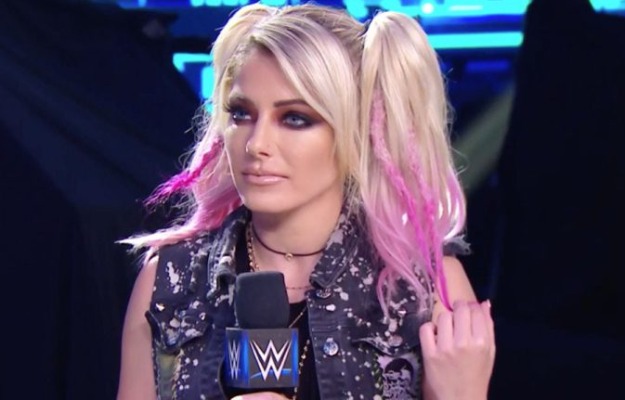 While the latest episode of Monday Night RAW was broadcast on television from the Xcel Energy Center in the city of ST Paul, Minnesota, former Champion Alexa Bliss, asked her Twitter followers if they missed her through a post that -apparently- could be a nod to his new character.

“Do you miss me already? # WhereAlexa is #Raw ”. He wrote next to a GIF in which a vignette in the style of the typical games of ‘find X character’ is observed:

Bliss has been out of WWE programming for almost three months., as she last appeared at Extreme Rules when she was defeated by Charlotte Flair in a match for the RAW Women’s Championship which, at that time, belonged to ‘The Queen’. Flair also destroyed ‘Lilly’, the disturbing doll of Alexa Bliss, this fact was seen by many as the end of the character of Alexa.

Days after the PPV it was confirmed that Bliss would be out of WWE due to sinus surgery, from there little or nothing has been reported about the recovery from the operation or a possible return to the rings. The most remarkable thing happened a few days ago when Alexa responded on Twitter to a fan who asked her about a tentative date for her return to action saying that she needed “more time to heal”; however, we don’t know if it’s something related to her surgery, Lilly, or her character.

What we can confirm is that when Bliss makes her return she will remain on Monday Night RAW, as the Red Mark selected her in the WWE Draft. A few months before Royal Rumble, it will be interesting if the former Champion will be one of the surprises of the female Battle Royal.

Alexa Bliss could be preparing her return to the Red Brand