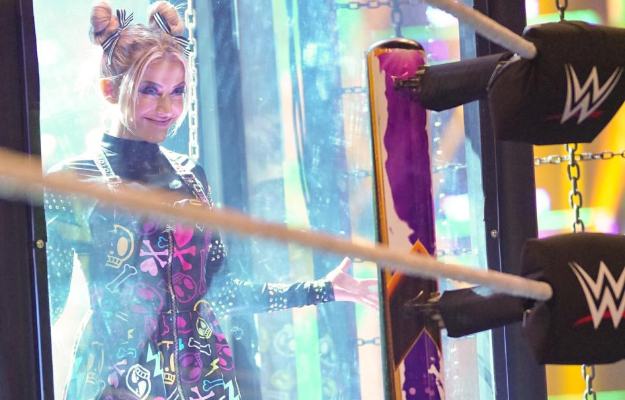 Recently, six-time WWE Women’s Champion Alexa Blissbroke his gimmick on Instagram to refer to his return to action in last Saturday’s fight at Elimination Chamber.

The ‘Jeddah Superdome’ stadium was the place where ‘Lexi’ made his long-awaited return to action on the ring, because although a month ago he had returned to RAW, he had not competed but only participated in some therapy segments, all linked to his gloomy character and the loss of his doll ‘Lilly’. Such a unique character is hard to deal with in such emotional times, so the athlete put this behind her for a bit to show her appreciation and happiness to return to the sport she loves.

In a post made on his Instagram profile, the Triple Crown Champion thanked the competitors who were with her in the imposing structure:

On the last episode of Monday Night RAW before the PPVWorld Wrestling Entertainment surprisingly revealed that Alexa would be the sixth and final competitor to enter the Elimination Chambergreatly increasing the anticipation of the fans in front of the fight that would crown the number one challenger for the Brand Title at WrestleMania 38.

The second surprise element was Bliss’s performance in the ring, as it showed that her talent did not go away during her absence. Furthermore, it is interesting that Bliss eliminated Liv Morgan from the contest, so it is likely that a rivalry between the two will arise in the face of WWE’s Great Event. We’ll see what happens tonight on RAW.