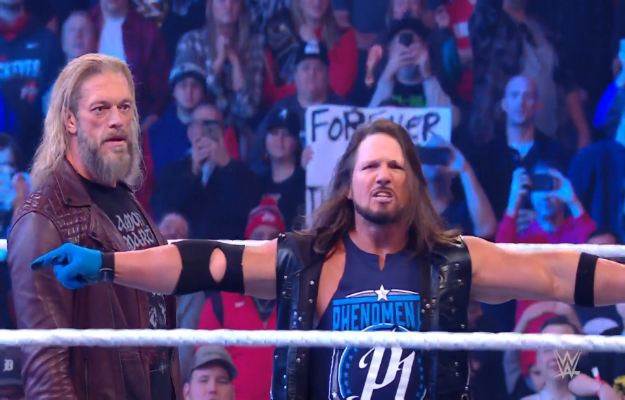 After hearing the words of Edge last week tonight raw The “R” rated superstar returns to the topic of her fight in WrestleMania 38, who will be the one to step forward.

Edge awaits an answer to his challenge at WrestleMania 38

Last week we had the return of the “R” category superstar to Monday Night RAW, this towards a recapitulation of his great moments in the showcase of the immortals in epic combats with WWE legends, said thus, the member of the hall of fame said that he did not want to be left behind in this year’s edition and launched an open challenge for anyone who wants to share the ring in the great event and star in another epic combat, tonight it shows up again to address the issue and wait for a response.

The ultimate opportunist makes his entrance into the evening’s Main Event and goes straight to the point saying he’s been waiting for this moment all week, Without wasting time, he asks that the superstar who has accepted his proposal make his entrance, however the seconds pass and no one shows up to which Edge gets upset and wonders what happens behind the scenes, but suddenly the phenomenal A.J. Styles is the one who arrives in the ring.

AJ Styles stands face to face with Edge and Without much to say, he takes the microphone and says that he accepts, Edge replies that he is very happy that he has accepted but that for WrestleMania he wants the seasoned AJ and not the jester who was making a fool of himself as a team with Omos, these words anger the phenomenal and tension between the two begins to build.

Edge pushes AJ and he counter attacks with quite a few punches, the two offer a great street fight in the ring and little by little we see how the maximum opportunist becomes more and more wild mercilessly attacking AJ Styles, the public begins to boo him and he in his head looks crazy and in doubt whether to continue with the brutal attack.

Edge grabs some metal chairs and place one under AJ’s neck and use the other to hit him twice on his head, seeing these acts a thing It is questioned whether the phenomenal will make it to WrestleMania for this fight and if we just saw a change to Edge’s old attitude as the ruthless R-rated superstar.

AJ Styles will be Edge’s opponent at WWE WrestleMania 38