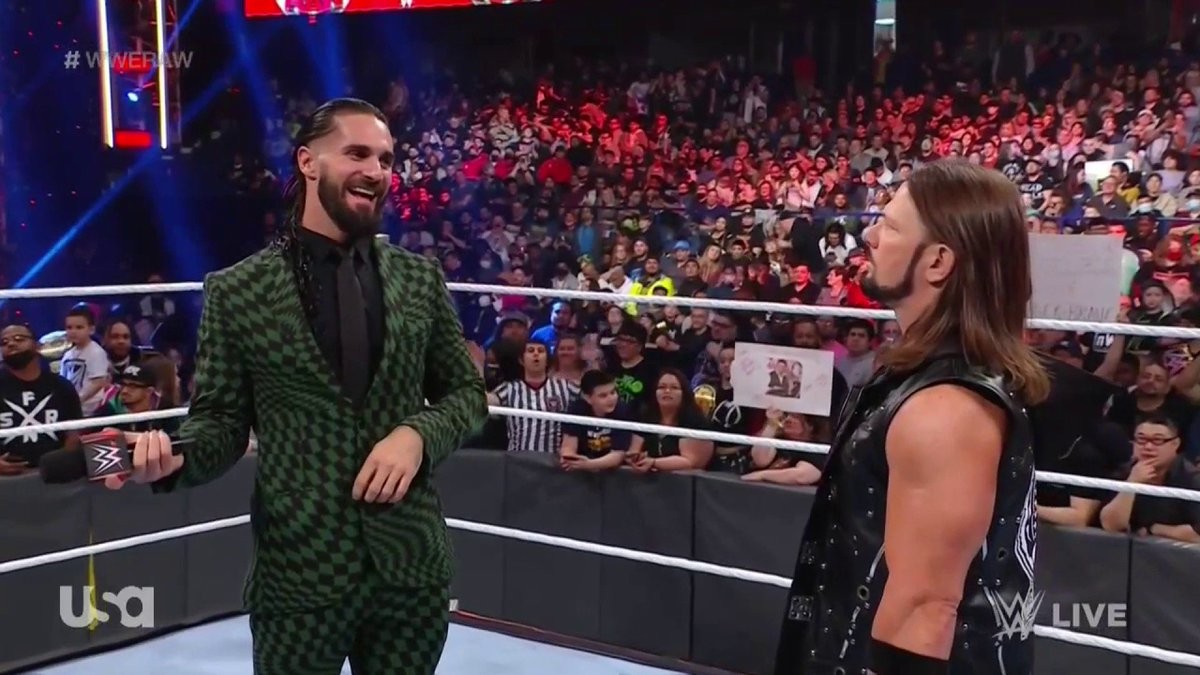 During broadcasts of Monday Night RAW via USA Network, the superstar Kevin Owens withheld his chance to interview Stone Cold Steve Austin in a heads-up match against Seth Rollins.

just like you did with Kevin Owens last week, “The Vision” decided to interrupt the return of “The Phenomenal One” to snatch his hand in hand against Edge at WrestleMania. Thanks to interference from Sonya Deville and Adam Pearce, the episode’s main event in Chicago, Illinois saw Seth Rollins and AJ Styes facing off against each other for a spot at WrestleMania 38.

The fight ended with a whistle from “The Iconoclast” on Styles, which completely stopped Rollins’ intentions. The latter decided to destroy the RAW set in a fit of fury that ended tonight’s episode. On the other hand, AJ Styles secured his heads up against Edge after accepting his challenge earlier this month and being attacked by “The Rated R Superstar” just moments later.

AJ Styles defends his match against Edge on WWE RAW