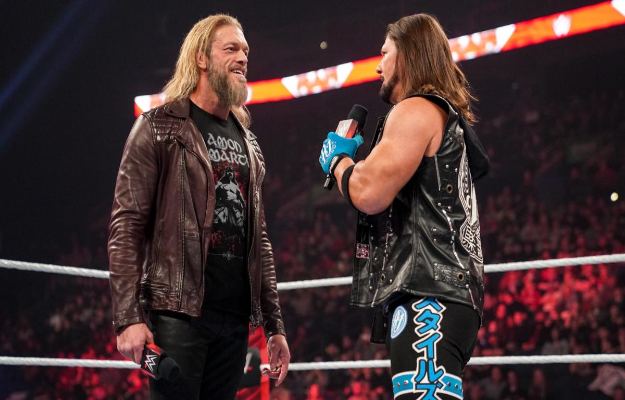 ‘The Phenomenal’, AJ Styleswill make his return to Monday Night RAW next week to respond to the words of ‘The R-rated Superstar’, Edge.

Styles has fully recovered from his injury

On the February 28th episode of RAW AJ responded to Edge’s challenge for a match on WWE’s next pay-per-view, WrestleMania 38. The Canadian was pleased to be able to have this dream-match in La Vitrina de los Inmortales, but assured that He wanted to face the real Styles, so he attacked him with a low blow and several blows with a metal chair that caused an injury to the former Champion..

With his heel turn, Edge completely changed his personality, including his entrance song and implementing the use of dark lights. in his appearances within WWE programming. In last night’s promo he assured be the best in the industryand said that he had to change his way of being to be successful in this new stage, so the former Edge ‘is dead’.

Next week on RAW AJ Styles will make his return

AJ went to Twitter to respond to his rival’s words, which he described as ‘garbage’, assuring that he will return in the next episode of Monday Night RAW:

“Exercise judgment? grant mercy? sitting on a mountain of omnipotence? I don’t know where you got all that crap from, but I’ll give YOU one thing… Fair warning

I’ll be back on WWE RAW next week and you better get ready… Your stupid haircut, your dramatic lighting and all that stuff.”

Exercise judgement? Grant mercy? Sitting on a mountain of omnipotence? I don’t know where you got this garbage but one thing I will grant YOU … is fair warning.

I’m coming back to #WWERaw next week and you better prepare yourself…stupid haircut, dramatic lighting, and all. https://t.co/LfoyvdTiZG

For now, World Wrestling Entertainment has not announced any matches or segments involving the two stars.but in PLANET WRESTLINGyour trusted website, we will be attentive and we will bring you all the updates on this incredible rivalry.