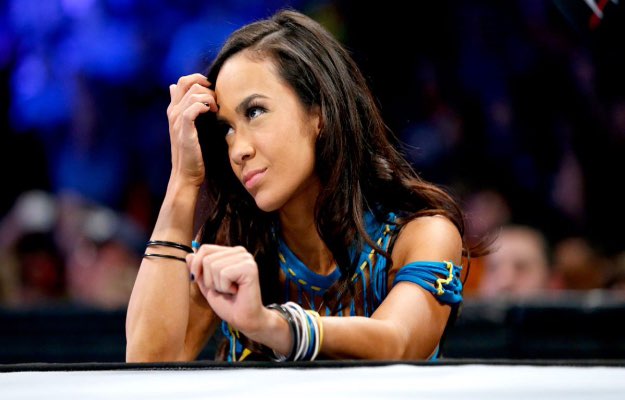 Among WWE newsthe former fighter of Monday Night Raw, AJ Lee spoke about the reason that led him to join WOW Wrestling.

Former WWE wrestler AJ Lee appeared on the latest episode of “Wrestling with Freddie” with Freddie Prinze Jr to discuss her hiring at WOW Wrestling as a producer and commentator for a new opportunity in the world of Wrestling.

About his first moments in the company.

“Well, we will start recording very soon. I think we’ll be out for 60 days, so the time to start is getting closer. I think everything will definitely kick off in the spring of 2022,” said AJ Lee.

About your reasons for joining this new promotion.

“The main factor that led me to join WOW Wrestling was the fact that there was a woman behind each area. In my case I love Wrestling, and I have never stopped loving it. Therefore, this was the best way to stay connected to the world of Wrestling. It was the best way to combine what I have done for a long time and what I am passionate about. So I’ll be executive producing with Jeannie and David McLane. She just lets us go out there and show the vision of the business. She has also given us a lot of space to be ourselves and that we have the opportunity to contribute the best that we have, ”said AJ Lee.

After several months of speculation about his future, AJ Lee has made the decision to join a new project related to wrestling. Despite the rumors that initially indicated that she could fall back on AEW, the former Divas champion has finally opted for a new project in which she has the freedom to contribute ideas for the operation of WOW Wrestling.