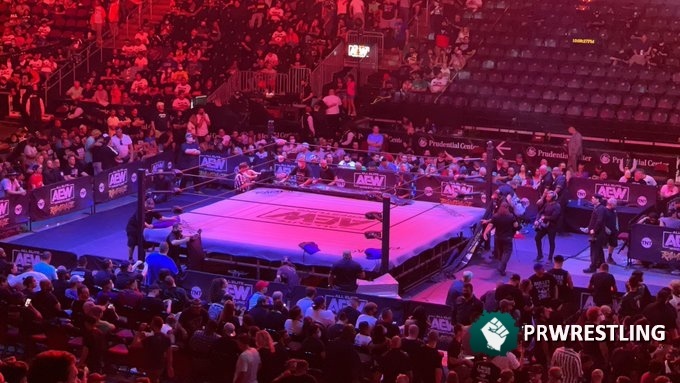 The following are spoilers for this Friday’s AEW Grand Slam edition of Rampage from Arthur Ashe Stadium in Queens, New York.


Sting and Darby Allin defeated Brody King and Buddy Matthews. The ending had Matthews about to attack Sting with a baseball bat when the lights went out. Great Muta’s music played and Muta came out and sprayed mist on Matthews. This caused Matthews to yank Julia Hart out of her apron and onto a table. Sting pinned Matthews for the win. Sting and Muta hugged afterwards.

The year is 2022. Sting just wrestled a no dq match, and great Muta saved him 🤯 pic.twitter.com/cACfkPhLvj

Jade Cargill defeated Diamante (with Trina) to retain the TBS Championship. After the match, Trina attacked Diamante, slapping her in the face and shaking Cargill’s hand.

Woods and Nese attacked Joe afterwards. Wardlow made the save and also hits Mark Sterling with two powerbombs after he tried to interfere. Joe picked Sterling up and then threw him at Wardlow, who attacked him again.

A behind-the-scenes segment with the Jericho Appreciation Society revealed that there will be an appreciation event at next week’s Dynamite.
Sammy Guevara defeated Eddie Kingston via submission. He refused to release the hold, so the referee annulled the match. Kingston ended up destroying security after that decision.

Ricky Starks defeated Powerhouse Hobbs in a Lights Out match. Starks speared Hobbs through a table before setting Hobbs up for the win.