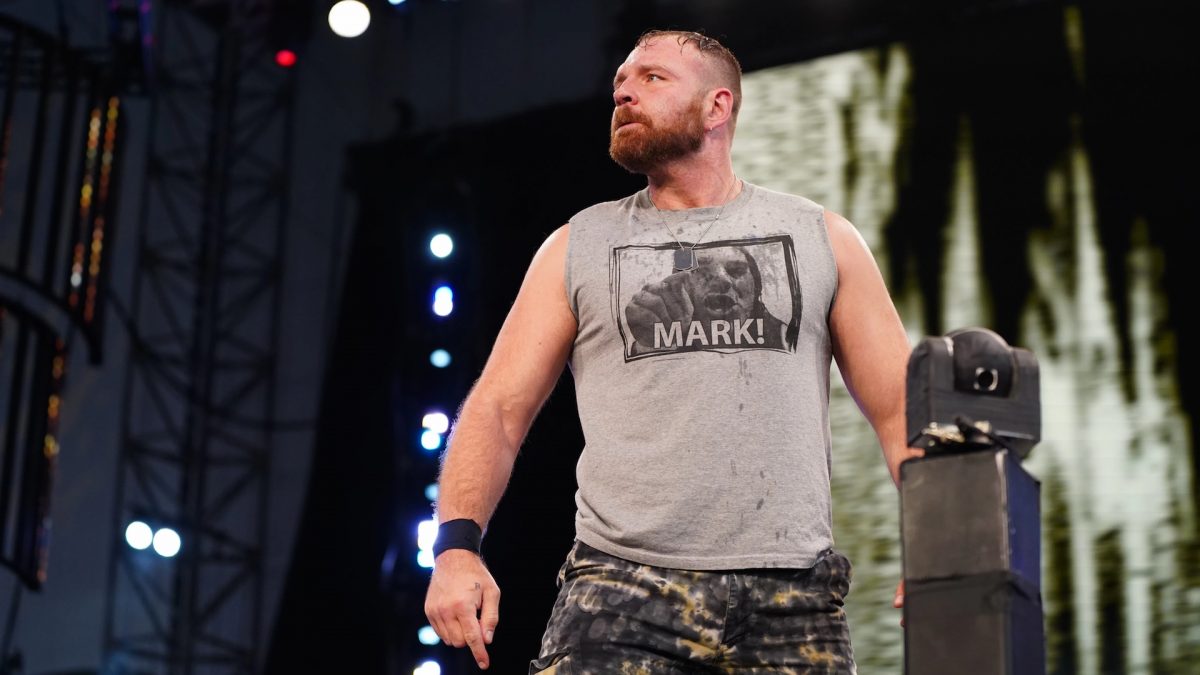 
The winner faces Jon Moxley for a shot at the interim AEW World Championship at Forbidden Door.

The top five were Kingston, Allin, Daniel Garcia, Lance Archer and Tony Nese. The next five were Ricky Starks, Jake Hager, Phoenix King, Swerve Strickland and Keith Lee. Next up were John Silver, Konosuke Takeshita, Max Caster, Colten Gunn, and Austin Gunn. Caster and the Gunn Club took forever to make their introduction as nothing was happening in the ring. The match then went commercial.

The final group of five was Powerhouse Hobbs, Bobby Fish, Kyle O’Reilly, Dante Martin and Wheeler YUTA. The Joker was Andrade the Idol.

AEW introduced the new AEW All-Atlantic Championship, featuring an all-new belt with international flags. There will be a tournament to crown a winner.

Here is a better look at the brand new #AEW All-Atlantic Championship crafted by #RedLeatherBelts that was shown for the first time on TONIGHT’s LIVE #AEWDynamite pic.twitter.com/CbxuzufXld

Trent Beretta was in the ring. He said that he was bummed because today is supposed to be National Best Friends Day, and his friends aren’t here. He also believes Roppongi Vice deserves another shot at the ROH Tag Team Titles after United Empire interfered in their last title match, so he called out FTR.

FTR comes out but soon after Will Ospreay came out. Henare and United Empire Aussie Open ran and attacked FTR and Trent then Ospreay crushed him with a knee to the head.


After the match, Page said there’s a lot he wants to say about the AEW World Championship, but it doesn’t look like he’s going to get a title shot any time soon. At Forbidden Door, he wants the IWGP World Heavyweight Championship and he wants Kazuchika Okada.

Adam Cole came out of the comment area and pointed out that the champion could be Jay White by the time Forbidden Door arrives. Unlike Page, Cole is a champion, as he won the Owen Hart Cup. He believes that he deserves a shot at the IWGP World Heavyweight Championship.

Wardlow asked to sit out the Casino Battle Royale tonight because CM Punk is the AEW Champion, so if he’s not beating him, he doesn’t want him yet. Scorpio Sky came out, title in hand. Ethan Page and Dan Lambert ran to discourage him, as he is injured. Wardlow said that he would wait until Sky was healthy.

Backstage was Smart Mark Sterling with AEW security. He is giving Wardlow two options: he can face Wardlow in a court of law, or he can fight twenty members of security on television next week in an elimination match.

A promotional video for Young Bucks aired. They want the titles back.


The Hardys walked over and Matt Hardy pointed out that they had beaten the Bucks. Then Jungle Boy, Luchasaurus and Christian Cage came up, and Christian said those championships should be won. Christian issued a challenge for both teams in a ladder match. Jungle Boy was confused.

Shafir then attacked Rosa and locked her into submission. Toni Storm ran out to save. Rosa planted Shafir with a modified piledriver, but then Storm grabbed her belt and she and Rosa exchanged glances.

Jon Moxley defeated Kyle O’Reilly to move on to the Interim Championship match at Forbidden Door.

.@KORCombat use his teeth on the rope to break the hold but pay for it! #AEWDynamite is LIVE on @TBSNetwork! pic.twitter.com/Qwdm45Qwmp