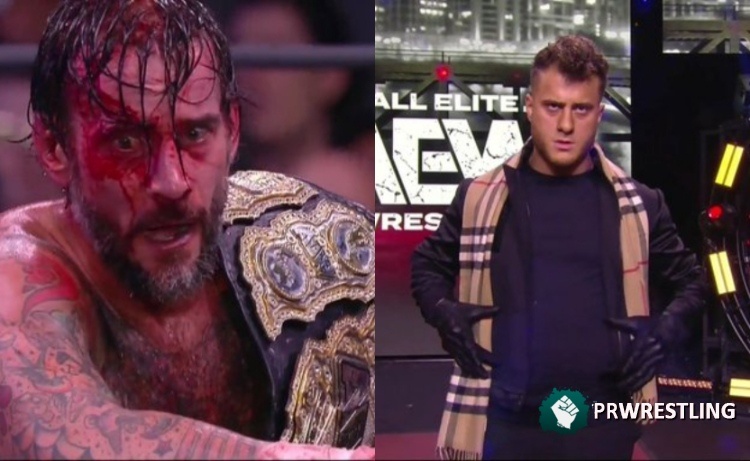 AEW All Out was held on Sunday night in Chicago, Illinois.

After the match, Menard attacked HOOK. Action Bronson came out to dispatch both members of 2point0.

After the match, PAC was about to be interviewed by Schiavone, but Orange Cassidy’s music played and he left. PAC interrupted Orange before he could say anything, saying “You’re not a fighter, you’re a joke.”

Casino Ladder Match: In the final moments Claudio and YUTA climbed the ladder into the ring, but Dante jumped onto Claudio’s back. A group of masked men then ran into the ring and cleared it out completely.

One of them climbed the ladder and grabbed the poker chip, unmasking himself revealing himself to be Stokely Hathaway. Everyone else unmasked as Lee Moriarty, Ethan Page and the rest of Stokely’s team.

A Rolling Stones song came on and someone in a devil mask came out and took Stokely’s poker chip. It was the Joker, who and won the fight. He was about to unmask himself, but then he didn’t.

AEW World Trios Championship: The Elite (Kenny Omega, Matt Jackson and Nick Jackson) (with Brandon Cutler and Michael Nakazawa) defeated Hangman Page and The Dark Order (Alex Reynolds and John Silver) to win the championships when Silver set up Omega stops the Buckshot, but Omega gets out and Page smashed Silver, allowing Omega to cover for the win.

Who can stop the TBS Champion at this point?! Order #AEWAllOut LIVE on PPV on major providers, @BleacherReportint @FiteTV+@ppv_com pic.twitter.com/GSTNamDQbz

FTR and Wardlow on the Motor City Machineguns and Jay Lethal after Powebombs Symphony to Lethal.

After the fight Sonjay Dutt and the giant enter the ring but SAMOA JOE comes out on his return and attacks. Then Dax’s daughter comes out who breaks Dutt’s pencil, they attack him and she irons it for the referee to make a count of 3 (fictitious).

During Jungle Boy’s entrance, Luchasaurus came out and betrayed him, throwing him into the metal ramp. This leads to:

In the star, CM Punk over Jon Moxley to be crowned the new AEW champion. Punk bled profusely and on several occasions was almost defeated, but in the end he hit two GTS for the victory.

After the fight the lights go out and the Joker takes off his mask: It’s MJF. He goes out on the ramp and gestures to Punk that he is coming for the championship. He then gives the fans the middle finger, thus ending the show.