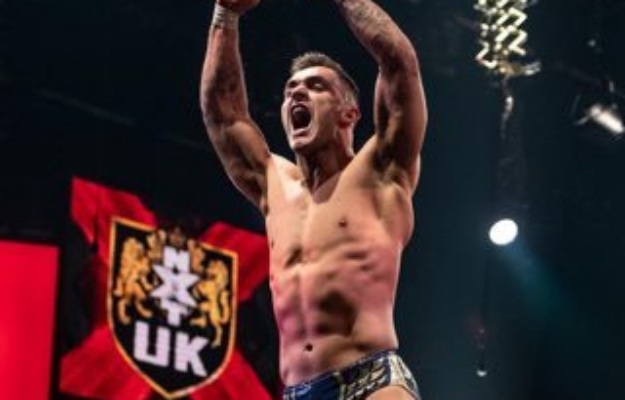 The UK superstar in the WWE brand NXTUK, the Spanish A Kid has recently given his opinion on the super stars in the United States, mentioning the champion of NXT, the mexican legend Mistery King among others.

A Kid talks about the superstars of NXT, RAW and SmackDown

It could be considered that there is a good handful of WWE super stars who are isolated from the main roster, the british brand NXT UK hosts several elite superstars we have already seen many of them moving to NXT territory in the United States and even to the roster of raw either smackdown, such is the case of Peter Dunne who is now called Butch, the old Piper Niven or now doudrop, among many others.

An important super star who has made history, the first winner of the Heritage Cup A-Kid was recently interviewed by the portal Vibe & Wrestling and there he mentioned several superstars from the United States, he showed a lot of respect for everyone, this is what he said.

they deserve, I think the idea of ​​mixing stories between NXT and Raw is very good, in fact my debut there had in

the show to people like Rey Mysterio, Dolph Ziggler, Robert Roode, all these people from Raw that came

to help us and create a better product for me is an appropriate decision, even more so if it is also done the other way around,

if people from NXT appear on Raw as happened with Grayson Waller or as is happening with Bron Breakker,

I think it helps us a lot to learn and grow and it’s also good for the fans, so they can see

what NXT is all about and know us when we have the opportunity to reach those major brands.

The time will come for Spanish to shine in NXT

The Spanish A Kid is one of the latest superstars to move to America, He made his debut very recently in the multi-color brand and his future there is undoubtedly on the way to something big, We’ll see what the future holds.