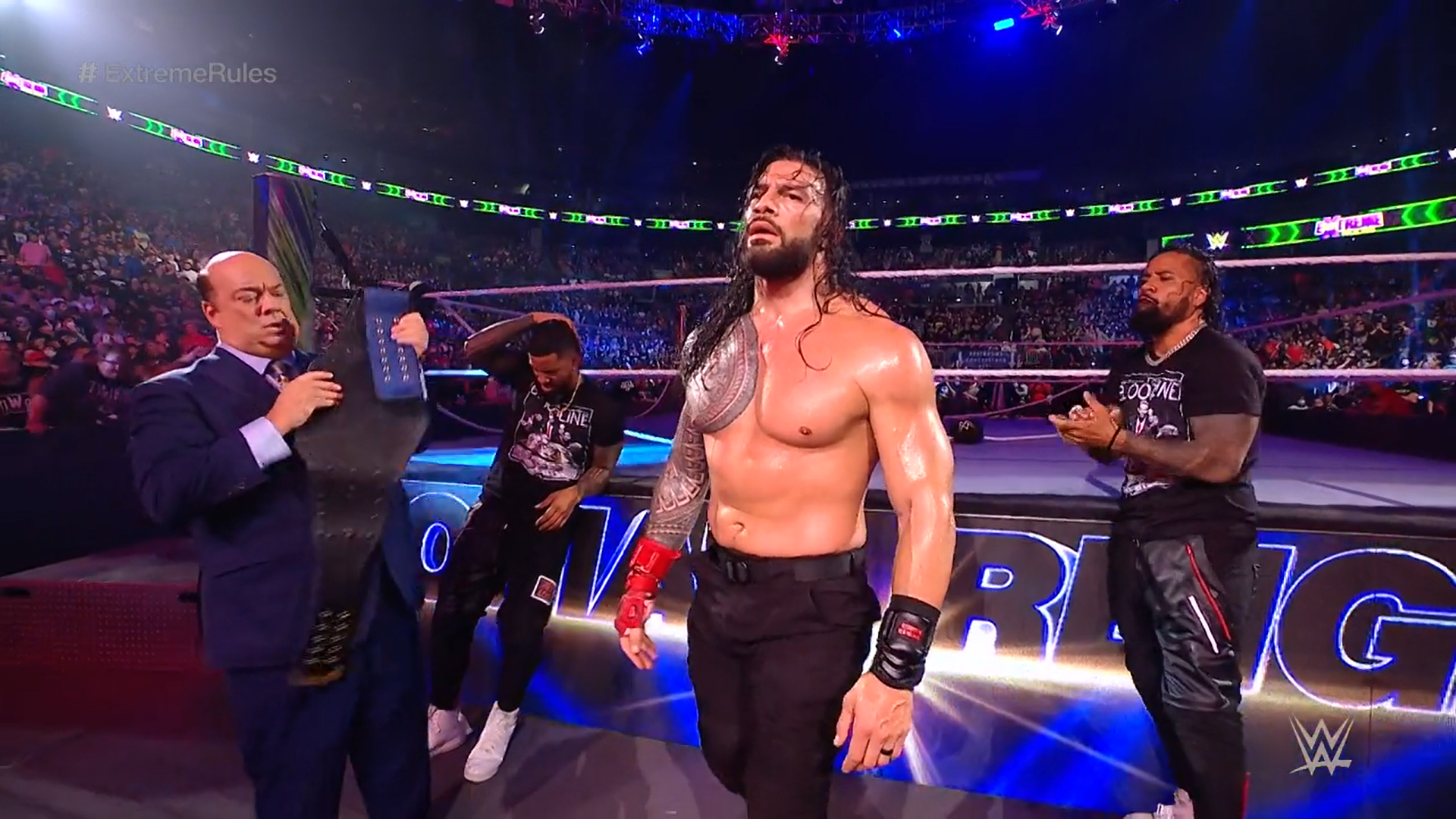 WWE EXTREME RULES 2021 .— This Sunday WWE celebrated Extreme Rules 2021, which had a large audience. The stellar of the evening was the fight for the WWE Universal Championship between Roman reigns and Finn Bálor with the victory of the first, after the tensioner broke and affected the interests of the challenger.

THE BEST AND WORST OF WWE EXTREME RULES 2021

Next, we present the best and the worst of WWE EXTREME RULES 2021, in descending order:

The fight was not bad But if he had some errors in the execution, and because of the wrestlers who participated, it was so that a better story could be told and more action could be seen. As if that were not enough, the triple threat provision was not properly exploited.

The rivalry was not that interesting and if they sent the fight between Liv Morgan and Carmella to the Kickoff it was for something. It wasn’t a bad match, but he focused too much on wanting to hurt Carmella’s face. It was a more typical fight for a TV show than a PPV. At least Liv Morgan got the win.

During the Kickoff, there were audio issues with the US PPV rights owner Peacock when the Spanish and English narrations overlapped, and then the English and French narrations. It is not the first time it has happened, and in an event of such magnitude, these things should not happen.

Extreme Rules had only the name of extreme, since only one of the seven fights that took place was with extreme stipulation, which made the name of the event meaningless. There was a triple threat fight where the condition that there was no disqualification was not even taken advantage of; and to top it off, one of the fights culminated in disqualification. A total mistake for WWE.

When Finn Bálor took a second wind, the lights turned red and his music played in the background, the options of a victory were sheltered; However, when trying to finish off Reigns, the upper tensioner broke, injuring The Demon in the process.

We know that Paul Heyman is a master with the microphone, but the way in which he has involved Kayla Braxton – particularly – in a possible story of betrayal, and the way in which he generally mocks his interviewers is truly remarkable. It’s a story within the central story between Roman Reigns and Brock Lesnar.

This version of Becky Lynch is not the same that we have seen before her pregnancy, but little by little she will find her best version, but in any case she gave us a very good performance, and together with Bianca they told a good story in the ring. Speaking of Bianca, she is just awesome: boasts a mix of athletic skills and strength that are virtually unsurpassed. Although the ending might not appeal to some, it made a lot of sense because neither of them deserved to lose cleanly.

When two of the best teams in the company go head-to-head and given time, it usually turns out a good fight. The action was fast, it was intense and Montez Ford did what was humanly possible to try for victory, despite the attack suffered last Friday, and even the challengers added quite a bit of drama to a possible title change.

► 2- The New Day vs. Bobby Lashley, AJ Styles and Omos

Although it was a match taken out of nowhere and that could really be seen on television, but the fighters were surprised and the match was entertaining. Lashley’s version as a former champion looks just as intimidating as he did when he carried the title, and The New Day’s are still loved by the public despite the years.. In addition, they gave a hint of a possible rivalry between Big E and AJ Styles, which will be interesting to watch.

The fight lasted 19 minutes and 40 seconds, but the last forty seconds were analyzed in the previous section. Regarding the first 19 minutes, it seemed that the title could change hands, even with the “second wind” that Finn Balor acquired. The meeting was entertaining, there was good use of the stipulation, and even the detail of the use of the mask by Roman Reigns was something that did not go unnoticed. It was a great fight, with another great story told and a lot of drama added..