MEXICO CITY.- Once again Brandon Moreno has raised the name of Mexico in Mixed Martial Arts. The fighter from Tijuana defeated the Brazilian Deiveson Figueiredo, in a fight that took place in that South American country and which once again places him as one of the stars of the moment in the UFC. An intense … Read more 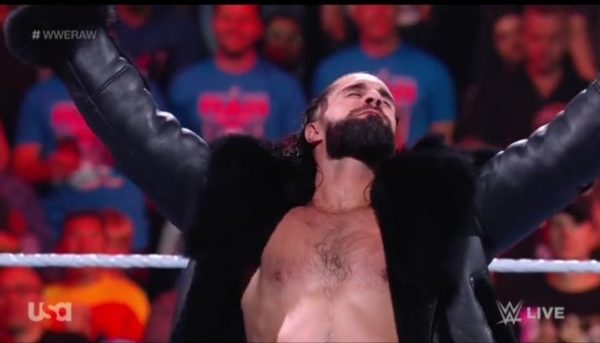 Seth Rollins he is, without a doubt, one of WWE’s biggest stars of the modern era. Since his debut in the main cast in 2012 as a member of The Shield, he has been located on the stellar planes, definitively consolidating himself as one of the great faces of the company after he betrayed his … Read more

The world of cryptocurrencies became one of the great attractions of the 21st century. With an increasingly important technological advance, a UFC fighter made a drastic decision for his future work: he will collect his prizes in Bitcoin. Is about Matheus Nicholasa native of Brazil, who becomes the first Latin American athlete to take this … Read more

Last night during WWE Raw, the WWE wrestlerTommaso Ciampa He was agreed for a one-on-one against Robert Roode, obtaining victory over another former NXT Champion. However, What I know most about that fight was because of the change of entry topic by Tommaso Ciampa, replacing the theme of “No One Will Survive”. As expected, the … Read more

The winner of the Queen’s Crown Tournament and current half of the WWE Tag Team Champions with Carmella, Zelina Vega, assured that the Company of Vince McMahon opposes giving her a shot at the Women’s Title Monday Night RAW. Zelina thinks there is a special reason why she has not been booked by WWE in … Read more

The WWE Superstar Randy Orton will spend some time outside of WWE. One of the WWE’s biggest stars It will take some time away from the rings. We reveal the reasons for his temporary departure. Randy Orton will rest the next few weeks Randy Orton has been one of the pillars of WWE in recent … Read more

During the last few hours there have been many WWE news who have analyzed the future of one of the most important divisions of the entire company. In the actual battle of WWE Royal Rumble pay-per-view there was enough participation from the biggest names in all of WWE to get a title spot. Fighter accuses … Read more

One of the wwe news What most interests wrestling fans is to know the movements of the companies on the subject of entrances and exits of WWE wrestlers and now it has been announced that a new fighter has requested the release of his contract. A new fighter asks to leave WWE It seems that … Read more