The interceptions of dak prescott and the fact that the quarterback still doesn’t take that step forward in the important momentsended up again frustrating Dallas’ dream of being able to end a long drought without even being able to play in the Super Bowl. Prescott was erratic and unable to react to adversity before the … Read more 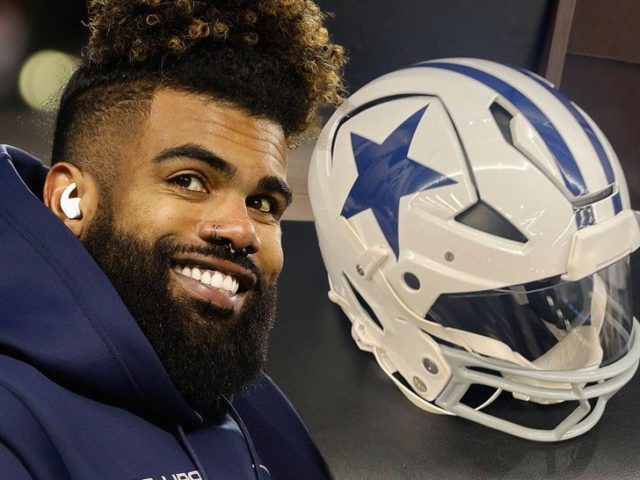 Following the end of the “one helmet per team” rule, we have seen several teams use alternate helmets this NFL season. While some teams like the Cardinals and Saints opted for alternative designs, others like the Patriots and Giants decided to pay tribute to their history by wearing “retro” helmets and uniforms. In the case … Read more

Last Sunday’s Cowboys-Lions game left some serious casualties on the Cowboy side. One is offensive lineman Matt Farniok, who will be out at least six weeks and is aiming to go on injured reserve. Now, after the first practice this week, Dallas may be without running back Ezekiel Elliott for Sunday. Let’s remember that, during … Read more

There’s no doubt that a lot of spotlights will be on Ezekiel Elliott in the upcoming NFL season. After two underperforming seasons, the Cowboys’ star running back will be at a pivotal point in his career. And it all boils down to one thing: deliver performance commensurate with his salary status. It’s true that Elliott … Read more

Since August of last year, Elijah He mysteriously disappeared from the programming and only a few vignettes had been known in which he practically “buried” his guitar, and with it, his character. a few weeks ago, Ezekiel came to Monday Night RAW, and from that moment a series of events were triggered that involved Kevin … Read more

WWE fans continue to look forward to Elias’ return to programming; The guitarist has been away from fighting action for too long. In the meantime, have received with open arms their younger brother, Ezekiel, who tremendously like him. So much so that many believe they are the same person and do not hesitate to accuse … Read more

Ezekiel made his debut in the episode of Monday Night Raw post WrestleMania. The fighter interrupted a promo of Kevin Owensclaiming to be the younger brother of Elijahwhich the Canadian did not believe for a moment. Since then, Owens has been obsessed with unmasking the new face of the red mark. In it last … Read more

Ezekiel Elliott turns 27 in July, an age when most racers start to fade. Based on his stats from last season, some people would argue that he’s already reached that point. You are wrong. And that’s one of the reasons Cowboys executive vice president Stephen Jones was so vocal in his support for Elliott this … Read more

Much is being made of the Cowboys’ complicated situation with the salary cap for this year. The cowboy team is the third team in the NFL with the largest surplus over that cap, also having 21 players who will become free agents next month. This situation is due in part to the expensive contracts of … Read more

From the big bun hairstyle, beard, two nose rings to the “Feed Me” tattoo on his stomach and his joy, Ezekiel Elliott gets it. It always has. The Cowboys running back knew last year was not acceptable. He reduced body fat, increased muscle where it was needed, and worked out with a private trainer in … Read more