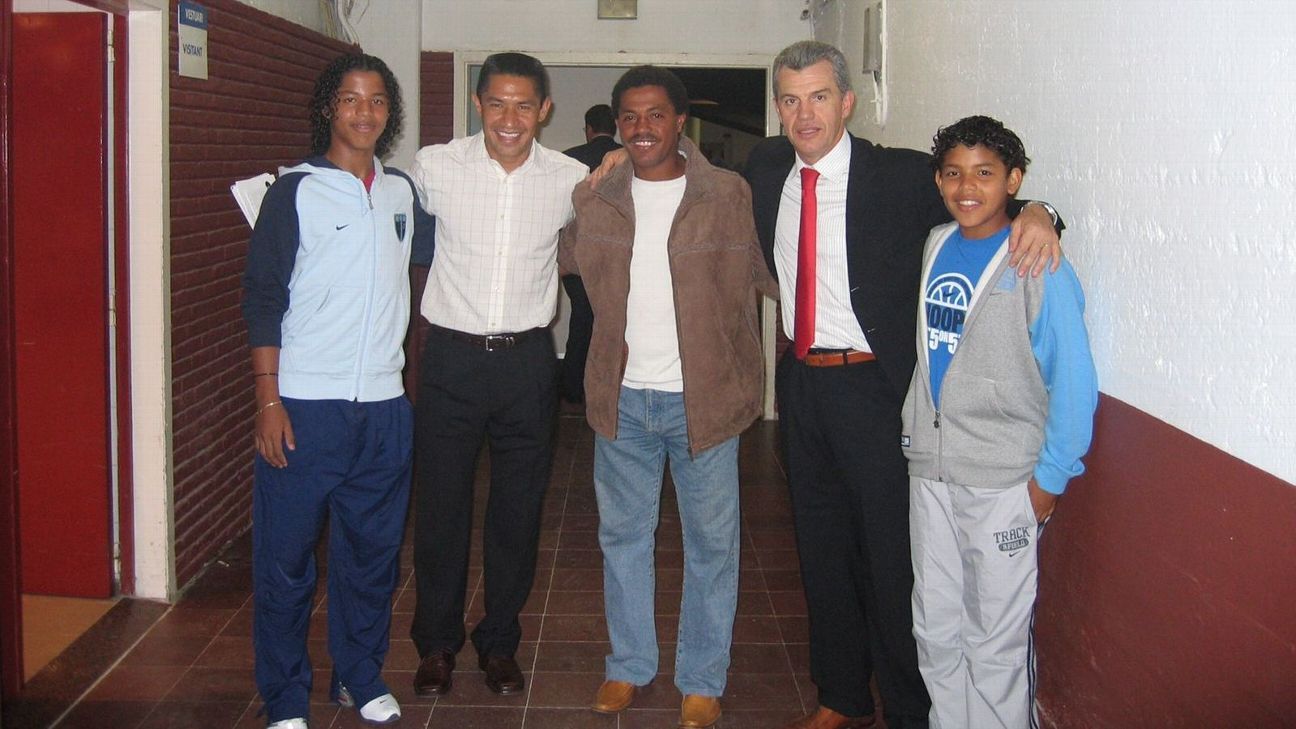 Geraldo Francisco Dos Santos left three seeds, three exceptional people who had as an example a father who just wanted to see them happy

Most professional soccer players dream of having a child who also plays soccer; Geraldo Francisco Dos Santos he was so lucky, for three. Zizinho, as he was better known, died this Thursday, but left three seeds, three exceptional people, who are in great part because of the relationship and the example they had as a father, whose greater pleasure was to see them in the field, or anywhere they were happy.

TO Jonathan, the youngest, the news reached him concentrated with the Mexican National Team, hours after a match in the Gold Cup. He decided not to leave his team and played for his father, because he would have wanted it that way, the one who wrapped him up when Barcelona wanted to dismiss him for not giving the size (physically) in the children’s teams, to such an extent that he played little or nothing. Zizinho she wrapped him around him, hugged him, endured his pain and taught that this would make him stronger, and made him understand that, if his size did not give, everything should be based on the touch and his versatility. It ended, in juveniles, like captain of his team and becoming an indispensable, since he could play anywhere on the field.

Giovani He would have done the same, he has done the same. Since he was a child he learned to play cheekily, as he did. Playing that way is a natural thing for Gio, never something caused by his father, who if he put it as a premise to be intelligent and above all shared. Many times, when finishing a game and winning with a goal of his, his father showed him that they could have won by more if it had happened. Thanks to these teachings, the second son of the Two saints led Mexico U17 to win their first world title, without scoring a single goal, but still assists leader and silver ball.

Zizinho he was also the father of Eder, the eldest of the brothers Two saints and who he supported in his dream of being a professional footballer, that when he did not give up on that path, gave him the tools to realize that there were dreams beyond football, which he fulfills and continues to fulfill, to the degree of being, by far, the amalgamation of his family.

On a premise he based Zizinho all work with your children, and in your life in general: try to make them happy. Unlike other parents, they will not find a story where he forced them to play, or to train too much, to get up early to run on the beach. Two saints He was a charmer, someone with whom you were never bored, from whom you learned and always wanted to have by your side. That’s why his children always followed him, that’s why his children trained hours with him at home, in La Masia or even on the beach during vacations (They spent many days playing on the beach in their beloved Acapulco).

I was lucky enough to experience all this first-hand, to meet him in 2004 in Barcelona and that they came back, him and his family, my family. Thanks to him I met Messi, taking me every weekend that Barca B played at home to see him. I also got to know the best and cheapest Chinese buffets, a bit of Brazilian food (he liked to cook) and above all how you can be a very close father to your children’s career without being part of it.

Let me explain, unlike what has been written a thousand times, Zizinho never signed a contract for his children, was never his representative. He alone (as if it were not enough) did everything to get them to the Barcelona, at the cost of sacrificing his project and that of his wife, so that their little ones could fulfill their dream.

He never touched his money, even when they were children he kept them in an account and they lived on what he got as a Barcelona visor.; It was 10 euros for each person, a week, that they could spend on putting a balance on their cell phone, going out with their friends or buying a video game.

He never decided where his children would play or put an idea in their head of what to do. He respected the decision of Gio when he went to TottenhamDespite how hard it was for him to be divided, on the subject of living in the same city, the family.

They won’t find someone who has met ‘Zizi‘and speak ill of him. If I were a footballer I would want my father to be like Zizinho, without a doubt.