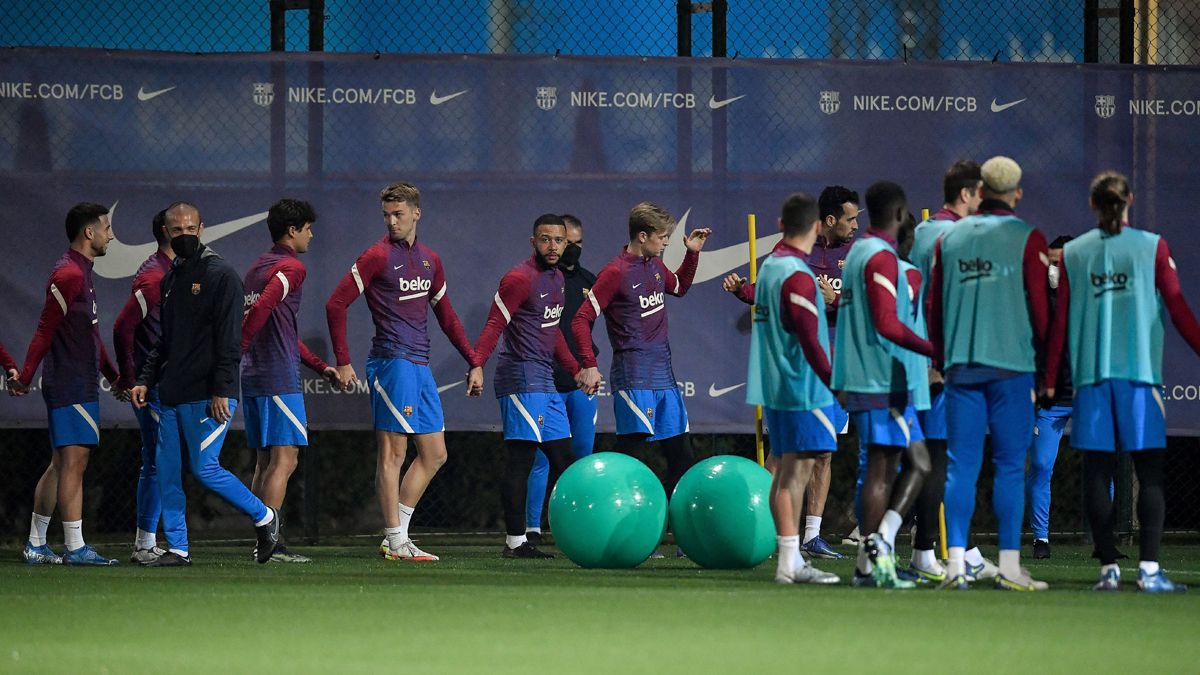 The FC Barcelona visit to Real Madrid this Sunday at the Santiago Bernabéu, in the match corresponding to matchday 29 of LaLiga. The squad led by Xavi Hernández arrives after securing their qualification for the Europa League quarterfinals against Galatasaray (1-2). Now, the Catalans want to ‘assault’ the madridista temple, to climb positions in the table and continue their good run of games without knowing defeat.

Xavi will not reserve anything despite having played with his best pieces against the Turkish team in the European competition. Dani Alves will start on the right side, as Sergiño Dest will be out indefinitely due to an injury to the biceps femoris of his left thigh. The undisputed Jordi Alba will pass through the left lane. Eric García was solid in his last presentation in Turkey and could start from the start at the rear, although the hierarchy and experience of Gerard Piqué may weigh on the decision of the Egarense. Ronald Araújo, who had to come on Thursday to replace Dest, could start as a central defender or on the right side.

In the midfield, captain Sergio Busquets will be present in the eleven, while Pedri and Frenkie de Jong should complete the midfield. On the other hand, Gavi could join the left flank as in his last presentations or as a complement within the trio of midfielders. Already on the attack front, Adama Traoré would see action from the beginning, while in parallel there could be Ferran Torres or Ousmane Dembélé to give the ‘surprise’. From ‘9’, the versatile Pierre-Emerick Aubameyang will be from the beginning, although Memphis Depay will also be on the lookout for a new opportunity. For his part, Luuk de Jong would be a piece for the second half.

Carlo Ancelotti’s team arrives at the match after a week off after beating Mallorca at home (0-3). In this match, both Karim Benzema and Ferland Mendy and Rodrygo left with discomfort from the commitment. In the defender’s case, he had to leave the field after 80 minutes, and his withdrawal for the Clásico has been confirmed. As for him, Benzema continued working on his recovery, but his participation has also been ruled out, a very important absence for ‘Carletto’. Rodrygo has trained normally and will be present at the Bernabéu.

The meringues have not known defeat at home since September 28 last year, when they fell (1-2) to Sheriff in the Champions League group stage. Since then, accumulate 13 victories and two draws in capital lands. For the Catalans, it will be a great challenge to win on the scoreboard, although snatching the three points from the White House could mean a turning point in the Blaugrana season.

Remember that on ‘FCBN’ you can follow the FC Barcelona match against Real Madrid live, as well as the rest of the commitments that await the squad in the 2021/22 season. You will be able to keep up to date with the news about the dressing room, the transfers, the match schedule and everything related to Barça news through FCBN and its iOS and Android applications, through this link.