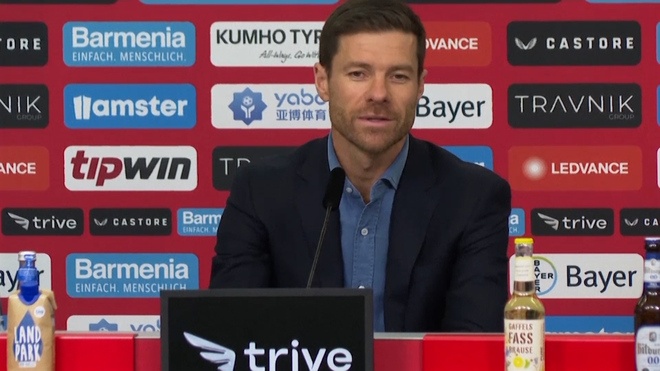 During his long career on the pitch, Xabi Alonso is ‘soaked’ by the best coaches in the world. Luis Aragons, Vicente del Bosque, Rafa Bentez, José Mourinho, Pep Guardiola, Carlo Ancelotti, Mauricio Pellegrini… managed a midfielder who shone with Real Sociedad, Liverpool, Real Madrid, Bayern and the Spanish national team. From there he ‘drank’ an XA that after his adventure in the Sanse (promotion to Second and relegation) land on the Bayer Leverkusen with a contract until 2024.

“It is important for me to be here. Perhaps I have forgotten some of my German in the last five years, but I will try. I arrive at a great club that has a great project. The team is good and we have big goals.” highlighted in his presentation Alonso. “We have signed a coach who, as a player, was for many years an absolute world-class professional, an intelligent strategist and who had great success in three of the most demanding European leagues,” said sporting director Simon Rolfes. The ex of the Real, bet of the general director Fernando Carro, has several high challenges in the BayArena.

Save Leverkusen and bring it closer to Europe

Gerardo Seoane was swept away by Leverkusen’s bad start in the Bundesliga. In eight games, Bayer has won one game, drawn two and lost five. yespenultimate in the table and do not know what it is to win in the league at their stadium (one draw and three defeats). Saving the team is his first goal… and the second is to get closer to Europe and the Champions League. They are 10 points behind fourth place. And they don’t have the Cup wild card. The Elversberg of Third (4-3) eliminated them at the first change.

Qualify for the knockout stages of the Champions League

After three days of group stage, Leverkusen is still in the ‘ointment’ to access the knockout stages of the Champions League. With Bruges escaped in the lead (nine points out of a possible nine), Xabi Alonso’s new team has three like Porto and Atltico de Madrid. His victory (2-0) against Simeone’s men ‘cushioned’ his defeats against the Belgians (1-0) and the Portuguese (2-0). They have two home games left (Porto and Bruges) and one away (Atltico). Going round is possible.

A hole behind to cover

Leverkusen have only kept a clean sheet in their two wins (0-3 against Mainz in the Bundesliga and 2-0 against Atltico in the Champions League). In the other 10 they have conceded 23 goals. An average close to the two goals received per duel that makes its entire structure wobble. Neither the defense of three, nor the Tah-Tapsoba central pair, nor Hradecky… have worked. Only Frimpong is ‘saved’. He has to work Alonso well and move the tree.

Recover the level of Schick, Diaby… waiting for Wirtz

Last season, Leverkusen was third in the Bundesliga and reached the knockout stages of the Champions League thanks to the good level of several of its pieces. yeschick got away with 24 goals (only Lewandowski celebrated more goals than him in the German League (35), Diaby was an earthquake on the left wing scoring 17 points and giving 14 assists and Wirtz moved the strings with 10 goals and 14 assists… until he broke.

This season, with the promising midfielder recovering from his cruciate ligament injury (Bellarabi is also in dry dock), neither the Czech ‘9’ nor the French ‘winger’ are responding. Schick adds three goals and Diaby one and two assists. If they don’t make a difference, Leverkusen falls. And newcomers Hlozek and Hudson-Odoi are adjusting. Xabi Alonso has to recover and integrate everyone. It is key to your success.