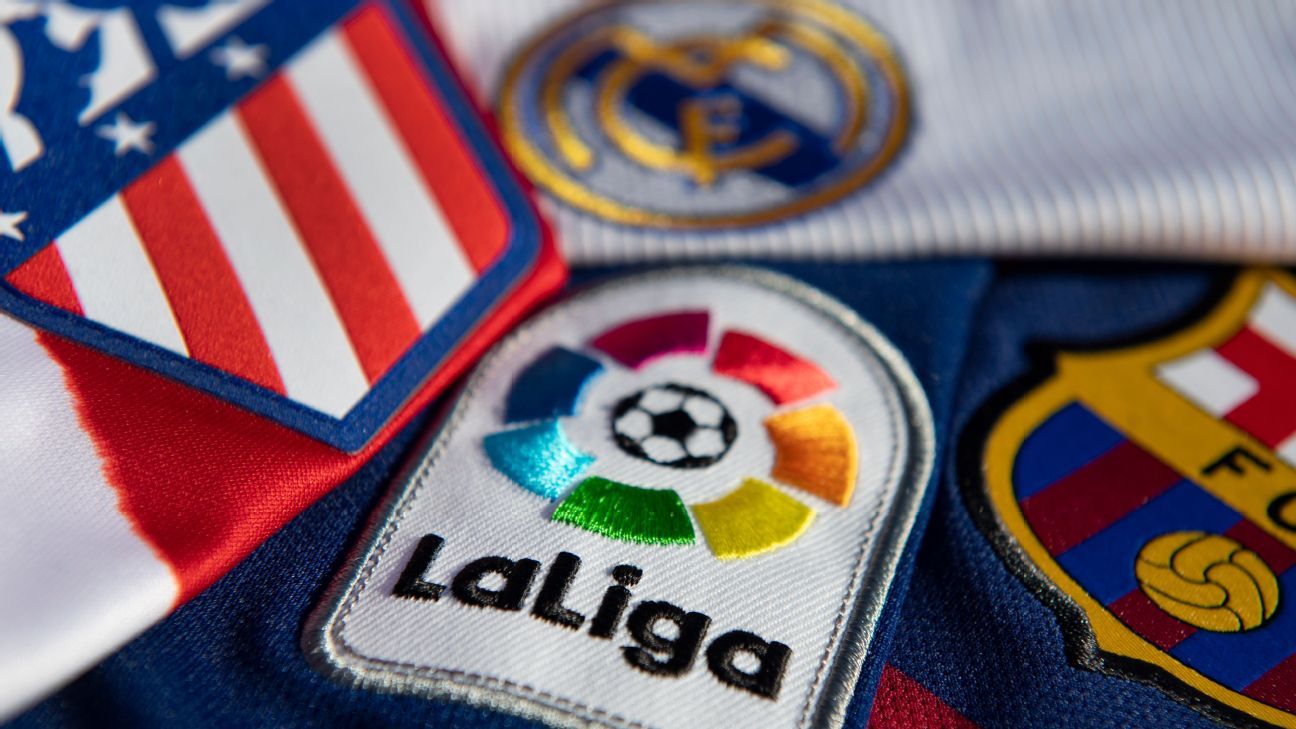 LaLiga’s 2021-2022 season will be remembered for many as the first without Lionel Messi and Sergio Ramos.

Now players have arrived who will fight to take those places and we do a review of the 11 ideal of Spanish football for this season.

After having been crowned in the previous season with Atlético de Madrid, the goalkeeper appears as one of the best in LaLiga due to his performance and will now fight with his team to expand his record, in which he adds the European Super Cup, Spanish Super Cup, the Europa League, among others. The Slovenian joined his current team in 2014 and can now be placed on that ideal 11 list.

The defender figures in the defensive sector of Real Madrid, which he arrived as a reinforcement for this season and showed good performance a few days ago in his debut in the friendly against Milan. Alaba came to the Madrid squad after his stint at Bayern Munich, with which he won the Bundesliga, the Champions League, the Club World Cup and other competitions, an inertia that he will fight to maintain with the Merengues.

The Uruguayan team is one of the pillars in the defensive sector of Atlético de Madrid, a team to which he arrived in 2014 to gain ownership and has helped the mattress organization to win titles such as La Liga, Spanish Super Cup and European Super Cup. so it is expected to appear once more in the 2021-2022 season.

The Sevilla defender is one of those who have stood out in Spanish football for his work on that site. He came to this team in 2019 and since then he has become a relevant element in the squad, with which he participated in 34 games and collaborated with two touchdowns in the previous season. Among his achievements is having won the Europa League with the Iberian team last year.

The right-back of Real Madrid is another of those who stand out in Spanish football, which he arrived in 2013 to join the Merengue team after his time at Bayer Leverkusen and among his achievements is having twice won LaLiga, four the Champions League, the King’s Cup, the Club World Cup, among others, so it also stands out for the ideal 11 of the 2021-2022 season.

With a wide track record in his career, the Brazilian national team Casemiro is an essential element in the midfield of Real Madrid, a team with which he has won the League twice, the Champions League four and the Spanish Super Cup twice, among others. In the previous season, the player participated in 34 games and contributed with six touchdowns.

The midfielder, who is worth 70.79 million dollars according to Transfermarkt, will fight for a new season of prominence with Atlético de Madrid, a team he helped to be crowned in the previous season and now they will go for a new championship. The player began his journey in the Colchonero box from the B team and in 2010 he joined the team of the highest circuit, with which he has been crowned both in LaLiga and in the Copa del Rey and the Spanish Super Cup.

World champion in Brazil 2014 with the German national team, the player is one of the greatest figures in Spanish football, who will seek to expand his record with Real Madrid, a team to which he joined in the 2014 campaign and since then has won titles league, the Club World Cup, Champions League, among others. Kroos is an indisputable starter with the white team, in which he has stood out for his scoring ability and for his assists.

After getting the silver medal at the Tokyo 2020 Olympic Games with the Spanish team, the midfielder will begin a new challenge in his career in search of improving what he did in 2020-2021. Pedri became the starter of Barcelona in a short time, played the Olympics games and thus completed a season of 73 matches. Memphys Depay The Dutch forward is one of those who have captured the spotlight the most with his arrival at Barcelona, ​​after his stint at Olympique Lyonnais. The attacker was added as a free element after having completed his contract with the French team and arrived with a record in which championships with PSV Eiindhoven and Manchester United stand out. In the previous campaign, with the French team, he surpassed two dozen goals and now he will have the challenge of maintaining the trend with the Barça team.

The forward will add another season with Real Madrid, in which he will try to maintain his scoring momentum to help the Merengue team seek more championships. Benzamá has won three La Liga titles with the Whites, four in the Champions League, in addition to the Copa del Rey and other jousts, for which he will now fight to expand his record.

The Dutch forward is one of those who have captured the spotlight the most with his arrival at Barcelona, ​​after his stint at Olympique de Lyon. The attacker was added as a free element after having completed his contract with the French team and arrived with a record in which championships with PSV Eiindhoven and Manchester United stand out. In the previous campaign, with the French team, he surpassed two dozen goals and now he will have the challenge of maintaining the trend with the Barça team.