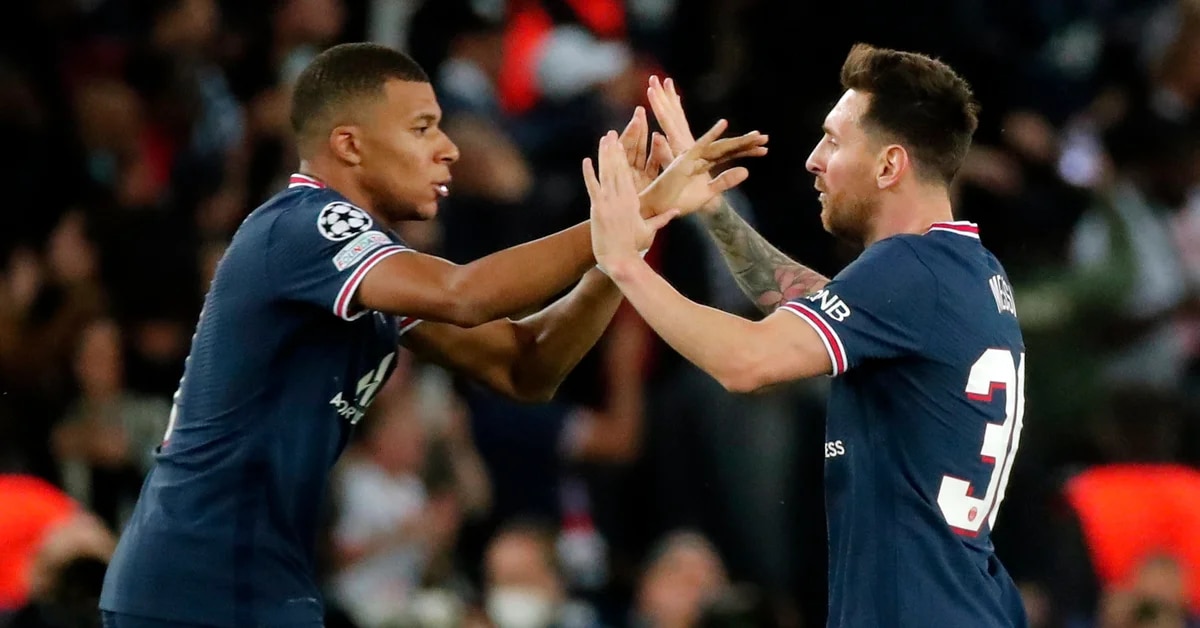 The Argentine Leo Messi and the French Kylian Mbappe, will go on stage in Paris (Efe)

With Lionel messi on the court, this Sunday the PSG will try to keep moving away at the top when it receives the Monaco in the Parc des Princes for the eighteenth date of Ligue 1. The Parisian team will seek to make up for itself after the last draw it obtained for the local tournament against Lens 1-1.

Since the beginning of the season, those led by Mauricio Pochettino they have won in 13 of the 17 games played to date in Ligue 1, with a streak of 36 goals for and 16 against. So far they have also accumulated three draws and a defeat against Rennes by 2-0 corresponding to the third of last October.

Visitors, who they come from winning in their last two presentations Against FC Metz (4-0) and Angers (3-1), they intend to take advantage of the mental impulse of those goals to start for the third consecutive in Paris. Unlike the homeowners, Niko Kovac’s men have seven victories in 17 games with 27 goals in favor and 20 against.

When it comes to home performance, Paris Saint Germain is unbeatable. Carries seven wins and a draw, which shows its solidity within a Park of the Princes that is usually full in each presentation of the campus.

In the away role, AS Monaco has a balance of three wins, three losses and two draws In the eight games he has played so far, he is a fairly strong opponent away from home that Messi and company will have to face.

Regarding the summoned, Pochettino He will not be able to count on Sergio Ramos or Neymar. After his debut against Saint Etienne at the end of November, the central defender was injured again. The last medical part warned that the player “Continues his individual and collective preparation these next few days with the aim of joining the group next week ”.

The Brazilian star, who suffered a left ankle sprain with ligament injury in a unfortunate action during the match against Saint Etienne, continues with the recovery and will not step on a pitch again until 2022. To these two stars are also added the casualties of Nuno Mendes and Presnel Kimpembe.

The rivals had already met previously in the Parque de Los Príncipes and the balance so far is 11 victories, eight defeats and 11 draws in favor of Paris S. Germain. At the same time, the visitors add two matches in a row undefeated in the field of PSG. The last match that both protagonists played in this tournament took place in May 2021 and ended with a 0-2 result in favor of the locals.

To this day, PSG is ahead in the standings with a difference of 16 points with respect to his rival. The Paris giant is the current leader of Ligue 1 and has 42 units in his locker, eleven more than Rennes, his immediate pursuer. For its part, the visiting team is seventh with 26 points.

PSG launched the plan to purify its squad: the seven players signed up
11 phrases by Di María: Messi’s changes to adapt to PSG and the reaction of the National Team when they talk about the Scaloneta
The funny football in pajamas of the Messi in the living room of his house in Paris: laughter, goals and Mateo’s kick to Ciro

With Lionel Messi but without Sergio Ramos or Neymar, PSG receives Monaco in Paris: time, TV and formations