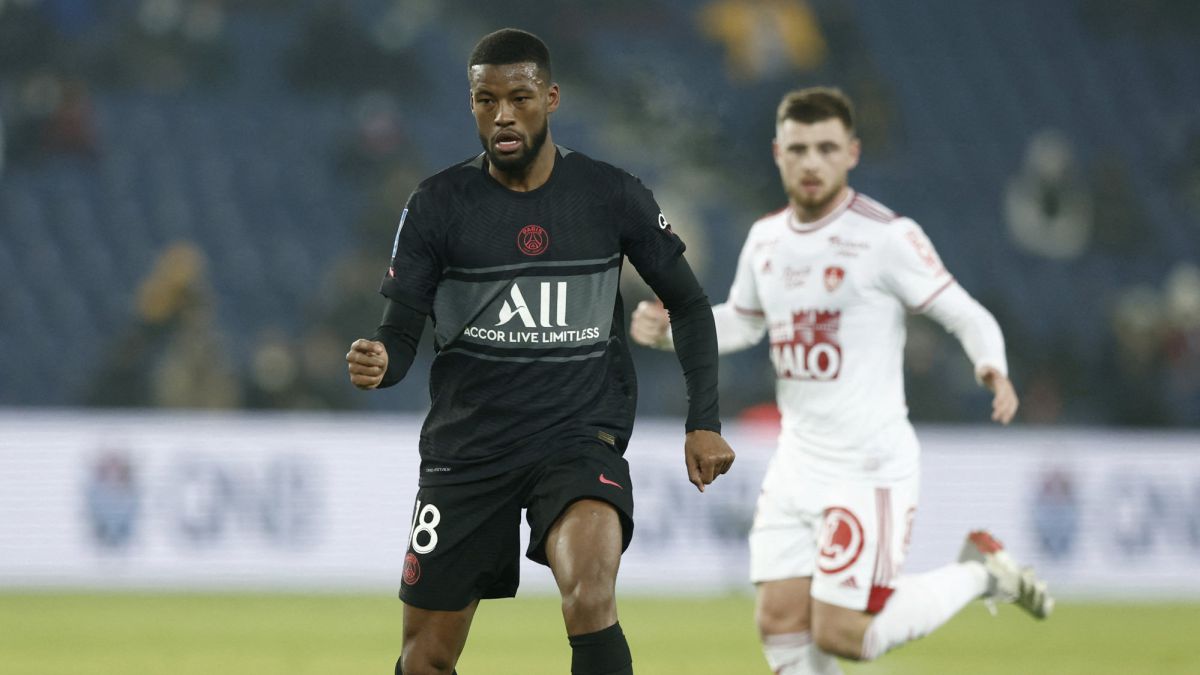 The current situation of Georginio Wijnaldum is not what the Dutchman expected. The midfielder ended his contract with Liverpool last summer and, although Klopp wanted to keep him in his ranks, the footballer decided to change his mind. He set course for PSG after having a good European Championship. A signing that seemed like a good market move, but that doesn’t quite bear fruit.

Wijnaldum himself explained it in October. “I can’t say I’m completely happy (at PSG). The situation is not what I would like, but that is football and I will have to learn to deal with it. I have to be positive and work hard to turn the situation around. This is something different and it takes time to get used to it. I really wanted this new stage and, when it comes, this happens. It’s complicated”, declared to US due to the lack of minutes at the beginning of the season.

And it is that Pochettino does not finish finding the space for Wijnaldum in the PSG scheme. The footballer has not finished performing at his best level and, therefore, neither for the club nor for the player is the situation as expected. A situation that causes the Dutchman to regret having signed for the Parisian team. Therefore, according to Telegraph, The midfielder’s wish is to take advantage of this winter market to leave the French capital and return to England.

The Premier League clubs are no strangers to the will of the player and, according to this medium, the one that is more interested in signing him is Arsenal. Wijnaldum would bring experience to Mikel Arteta’s team which, after a poor start to the season, is in European positions with a team based on young players.

However, there are more teams interested in the Dutchman. Everton and Newcastle would also be closely following the midfielder’s situation, as reported Football Insider. Two teams in need of players to help change their situation. Everton have just sacked Rafa Benítez after a run of poor results that put him six points from relegation.

Newcastle, after being acquired by a Saudi fund, need to make significant investments to avoid relegation. However, this medium has already reported that Wijnaldum does not want to return to his old club, where he played in the 2015/2016 season, because he prefers to go to a club that is among the top of the table. Therefore, the future of the Dutchman is up in the air.

Wijnaldum wants to return to the Premier