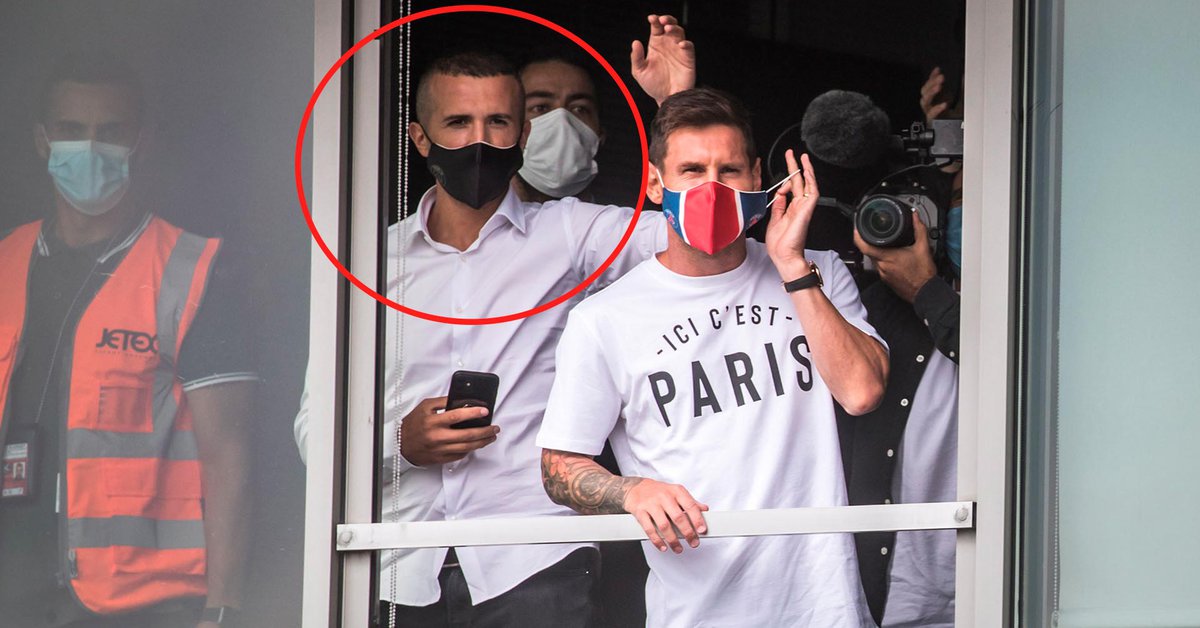 Paris Saint-Germain again broke the pass market. Following the landings of Achraf Hakimi, Georginio Wijnaldum, Sergio Ramos and Gianluigi Donnarumma, the French entity convulsed the world of football with the signing of Lionel Messi, one of the best in history.

This is a totally atypical situation for the flea. After more than twenty seasons as a professional in Barcelona, ​​the man from Rosario left Catalonia, a city he adopted as his own, to move with his whole family to Paris, one of the most important capitals on the planet, and where he will have to learn to communicate in another language. which is not Spanish.

Since 2017, after incorporating the Brazilian Neymar and Kylian Mbappé, PSG decided to create a comprehensive service for each footballer, which seeks to help the athlete and his family to have a much more agile and less traumatic adaptation: Family Care.

The captain of the Argentine national team – along with Antonela Roccuzzo and their three children (Thiago, Mateo and Ciro) – arrived in Paris last Tuesday at 3:37 pm (local time). From that moment, the Argentine star has a shadow. The club put at their disposal Bouabdella Bessedik, better known as Bob within the squad commanded by Mauricio Pochettino.

While the image of the athlete with a white T-shirt with the slogan “Ici c’est Paris “ (Here is Paris, in Spanish) quickly went viral around the planet, each photo featured a man in a white shirt and black chinstrap. This happened both at the airport, at the Le Royal Monceau hotel or at the club’s facilities. Yes, that man was Bessedik.

Bob He is a Frenchman of Algerian origin (speaks several languages, such as Spanish, French and English) who has been working at PSG since November 2010 and it is one of the main pieces of the Family Care, a service that seeks to benefit the footballer and his closest environment.

This assistance that Paris Saint-Germain provides to its stars to facilitate their adaptation to the country ranges from helping them find the ideal school for the players’ children to having all the corresponding visas and a new home. “They take care of everything, they even help them for the family’s birthdays”, Luis Ferrer recognized this medium, who knew how to be a director of the capital group between 2009 and 2020.

“Bob is in the club, he does everything and helps us a lot. When we need something, he is always there to help us. The club is doing everything possible to make us feel comfortable ”, the Costa Rican Keylor Navas was able to express in 2019, in dialogue with Culture PSG, making clear the importance of this person to newcomers. In January 2020, for example, he accompanied Neymar, Mbappé, Mauro Icardi, Marco Verratti and Marquinhos, among others, to watch an NBA game between Charlotte Hornets and Milwaukee Bucks played in Paris.

Messi will also have by his side during his journey in French territory Pepe Costa, who was his faithful side during most of his years in Barcelona. As the days go by, his figure will begin to expand and he will begin to have more prominence, to become less dependent on the club employee.

Your link to the flea It is so strong that Costa had a free hand to travel with him to Argentina in each call of the National Team and over the years a great friendship was forged (they even vacationed together on more than one occasion).

During the first days in France, the Messi clan will stay at the five-star hotel Le Royal Monceau, a luxurious establishment of Qatari capitals that usually houses the main figures of the institution as soon as they arrive in the country.

At the same time, this player service office is working to find a new home for the Argentine. Most of his companions live in Neuilly-sur-Seine, a commune located in the Hautes-de-Seine department, where the wealthiest families in the capital live and the most important schools are located.

In addition to the tranquility and scenery (it is located on the right bank of the river Seine), footballers bet on this place because it is 20 minutes by car from the Camp des Loges, the PSG training center. His friend and colleague Neymar, on the other hand, chose Yvelines, a place whose main attraction is the royal palace.

A dialogue with Sergio Ramos and a hug with Pochettino: PSG showed the intimacy of Lionel Messi’s first day at the club
“We cry and become bitter”: Messi recounted the painful moment in which he found out about his departure from Barcelona and detailed how he told his family
PSG announced that it will pay Messi with cryptocurrencies: it will be a small part of the contract