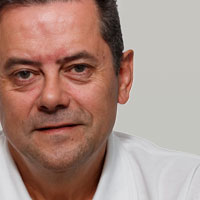 Madrid outburst. The second part of Madrid in Pizjuán now rests in the Liga Museum, on Torrelaguna street. Courage, ambition, vertical and braided football, walls, high heels, pinpoint passes, anticipation and, finally, goals full of Madridista feeling. Any team in the world, down 2-0 at the break (including anomalies: a clear Diego Carlos penalty with 0-0 not signaled and Rakitic’s foul that should have been invalidated at 1-0), the leader could cling to their generous table lead and leave it for another day. But then it wouldn’t be Madrid. In the week of debates on style and DNA, eleven turquoise green shirts rebelled against their destiny to wield the flag of Viking pride with an offensive that brought down the barricades ordered by Sevilla in front of Bono. In fact, when Rodrygo, huge as a shock again, made it 2-1 as soon as the second act started, a run run ran through Nervión that threatened an almost perfect storm for Ancelotti’s troops. And that Cuadra Fernández insisted on giving emotion to the League by annulling a legal goal by Vinicius, whose sin was controlling it with his shoulder. The VAR warned him of his mistake, but such a pack was assembled when he went to see it on the screen (including a shot on the electronic scoreboard that turned the stands upside down) that the Balearic said that “they register me, that I don’t want any trouble.” He canceled it to the perplexity of Vini and his companions. But in this Madrid there are no hiding places or excuses. If you have to win against all that, you do it. And point. And so came the ‘Factory Goal’, conceived between Carvajal and Nacho. And the delirium was for the discount, with the Vini-Rodrygo connection from Rio de Janeiro and the goal of the future Ballon d’Or (Karim). And Madrid was resurrected…

Great Easter. It has been the dream week for any madridista. Reaching the semifinals of the Champions League after a heroic reaction with everything lost and a golden goal from Benzema in extra time; see how your uncomfortable neighbors from Atleti fall the next day, with the addition of leaving Guardiola portrayed after using Pep’s City the same tricks (interruptions, wasting time, fouls, protests…) that his co-religionists criticize so much Cholo; and for Holy Thursday the best was left, ecstasy for any Viking worth his salt. Barça was unanswered from the Europa League in front of more than 25,000 Germans dressed in the white shirt, bathing, walking and enjoying the BCN beach the next day. Insuperable. In addition, on Holy Saturday my admired youth from Juvenil won the Copa del Rey after knocking down Espanyol in extra time with a goal from the Japanese Takuhiro Nakai. The Factory speaks in the field.

In love with Madrid. That is what has happened these days. Ancelotti knows that any defeat would reopen the dangerous melon of the debate on whether his team plays more or less well. The recipe is to always win. And if you can play like the angels (as the leader did against Sevilla in the second half), even better. They blame Lopetegui for throwing his team far behind. But if I were Julen and saw this Madrid in front of me, I would do the same. There are teams that know how to compete and teams that always compete, thick and thin, in joy and sorrow, in health and in illness, in wealth and in poverty. This Madrid has gained many supporters these days for the cause. Whoever loves football ends up loving these good people. How am I not going to love you! This is MADRID.